“I think it’s really important that you allow yourself time to explore. The more you explore yourself, the more you’ll understand, where a lot of your life gets meaning from.” 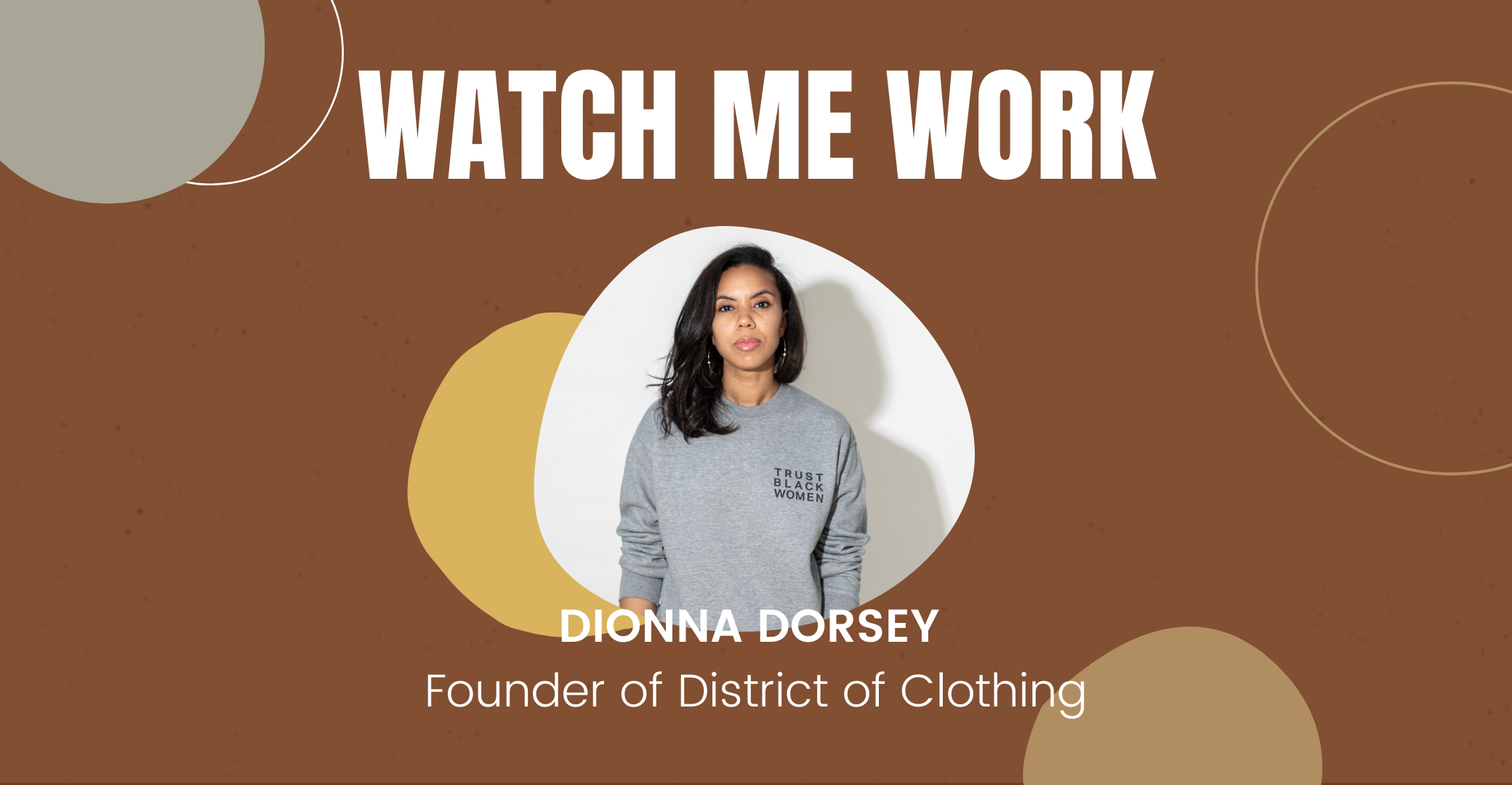 This is Watch Me Work, an editorial series celebrating the limitless potential of Black, women entrepreneurs shifting and shaping culture through their work. La Colombe Coffee Roasters and Kno. Media have partnered to amplify the voices of Black women in our community because we know there’s nothing like the mind of a Black woman and because we know that there’s nothing that beams as bright as Black Girls Shine.

You’ve likely seen the viral “Trust Black Women” t-shirt on social or during last summer’s protests following the murder of George Floyd. That powerful shirt and many other inspirational designs are the brainchildren of D.C.-based designer and District of Clothing founder Dionna Dorsey. Founded in 2014, District of Clothing began as a side hustle for the full-time creative director but has now evolved into something much bigger.

The brand encourages self-love, action, and progression and has partnered with the likes of Planned Parenthood and Washington Area Women’s Foundation to give back to important social causes. Below, we chat with Dionna about living a well-unbalanced life, what District of Clothing can teach the fashion industry at large and how to better understand one’s purpose. 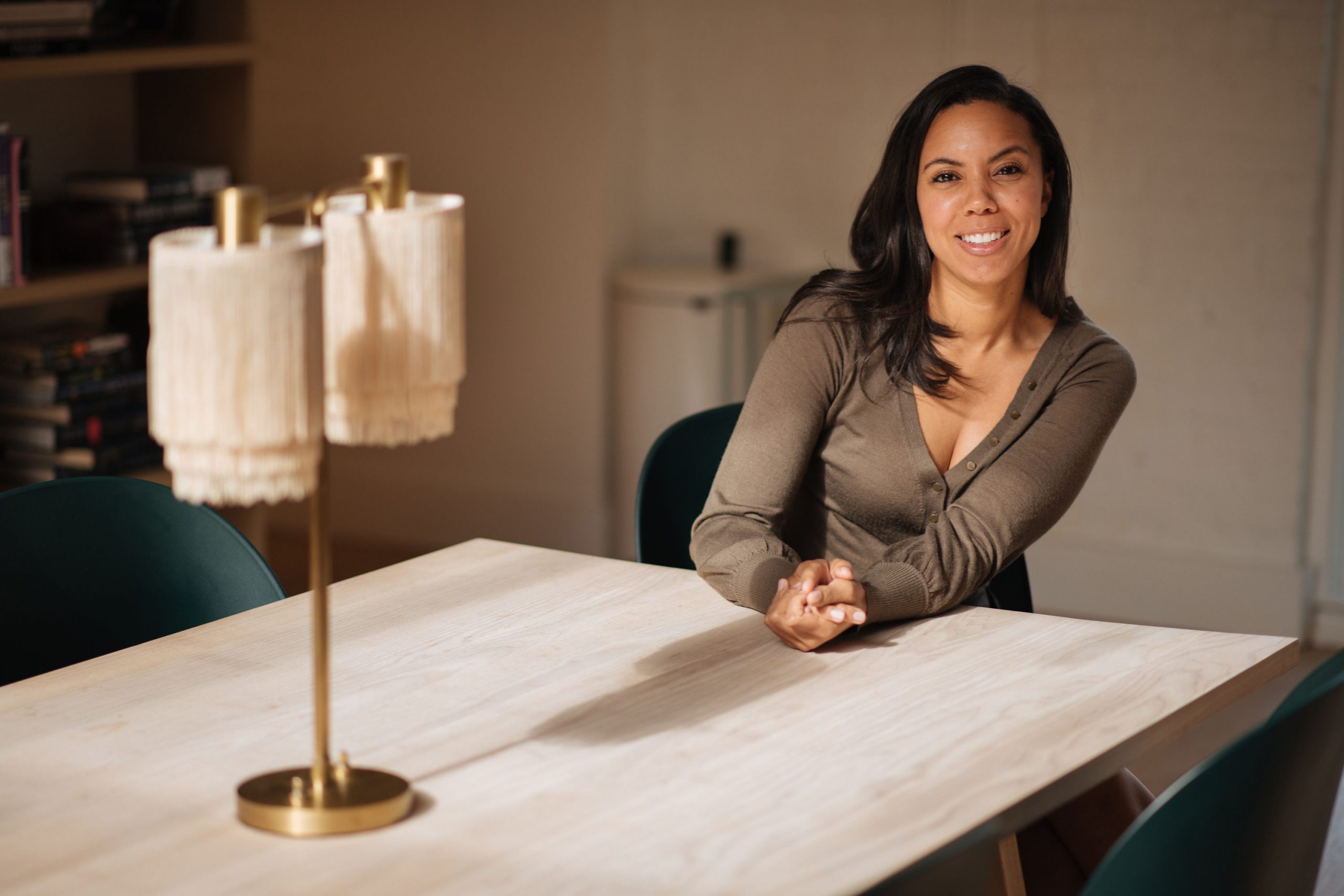 District of Clothing is a brand that “encourages progression, inspires action, and supports self-love.” What void were you looking to fill when launching the brand in 2014 with this specific mission?

There were actually a couple of voids I was hoping to fill. There was an earlier version of the current ‘Dreamer Doer’ design that came to me in a dream in January 2014. I scribbled it out on a piece of paper then later that day showed it to a friend. They thought it was amazing, life happened, I put it in my purse and kept it moving. Fast forward to summer 2014 when my prime client went on a spending freeze and I was like, “Oh, now what do I do?”

At this time, all of the podcasts I was listening to were raging about side hustles, multiple streams of income, and leveraging your pre-existing skills, so I quickly pivoted and said, “Oh, I can do a side hustle.” I was a fashion designer in my former life — which is what I call my 20s and I’m now 40 — so I decided that I could use the branding and marketing skills I already had to sell a couple of t-shirts. To make a much longer story short, the evening before Thanksgiving 2014, I built out and launched a website and gave a couple of girlfriends some t-shirts. They had larger followings on Instagram but I didn’t ask them to post, I just figured what’s better than seeing your friends wear something and tell you the truth about your product? They ended up posting and that’s what got things initially rolling with District of Clothing on social.

The other void I was looking to fill was highlighting how special Washington D.C. is. I think it happens in a lot of major cities where you have some sort of proximity to power but in these cities, you have access to different types of people where you can brunch with someone on a Sunday, they share an idea, and the next time you see them, they’ve actually moved on that idea. That would often inspire me to be confident about moving forward on something so through District of Clothing, I really just wanted to spread positivity throughout as many districts as possible.

District of Clothing is not your only baby, you’re also the founder of design boutique Dionna Dorsey. How do you achieve work-life balance while prioritizing your own self-care?

I don’t believe in living a balanced life, I believe in living a well-unbalanced life. I believe in being very focused and mindful on what’s in front of me and what is absolutely needing my attention at that time. I think [the idea of a balanced life] creates standards that the average person can’t meet. The average person deals with, possibly parents or guardians, bills, the news, their own mental situations within, etc. There’s just no way that we can set forth these just unrealistic standards of wellness.

I’m very aware that I have to put myself at the top of my list of things to do, and then also at the bottom. If I’m not at the top of the list then everything else can’t get done. Then I also have to be at the bottom of the list so that I know how to recharge in order to do my to-do list for the very next day. 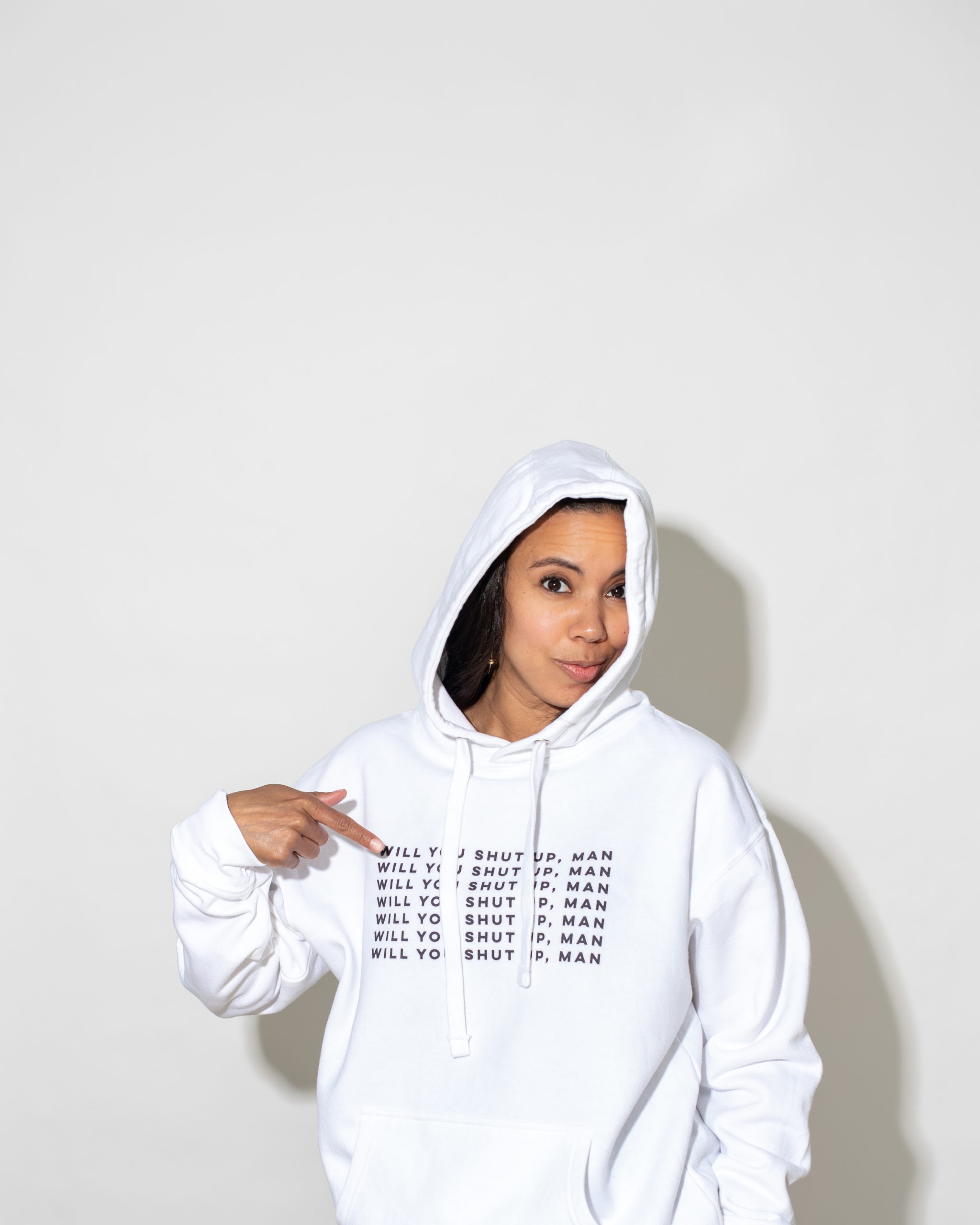 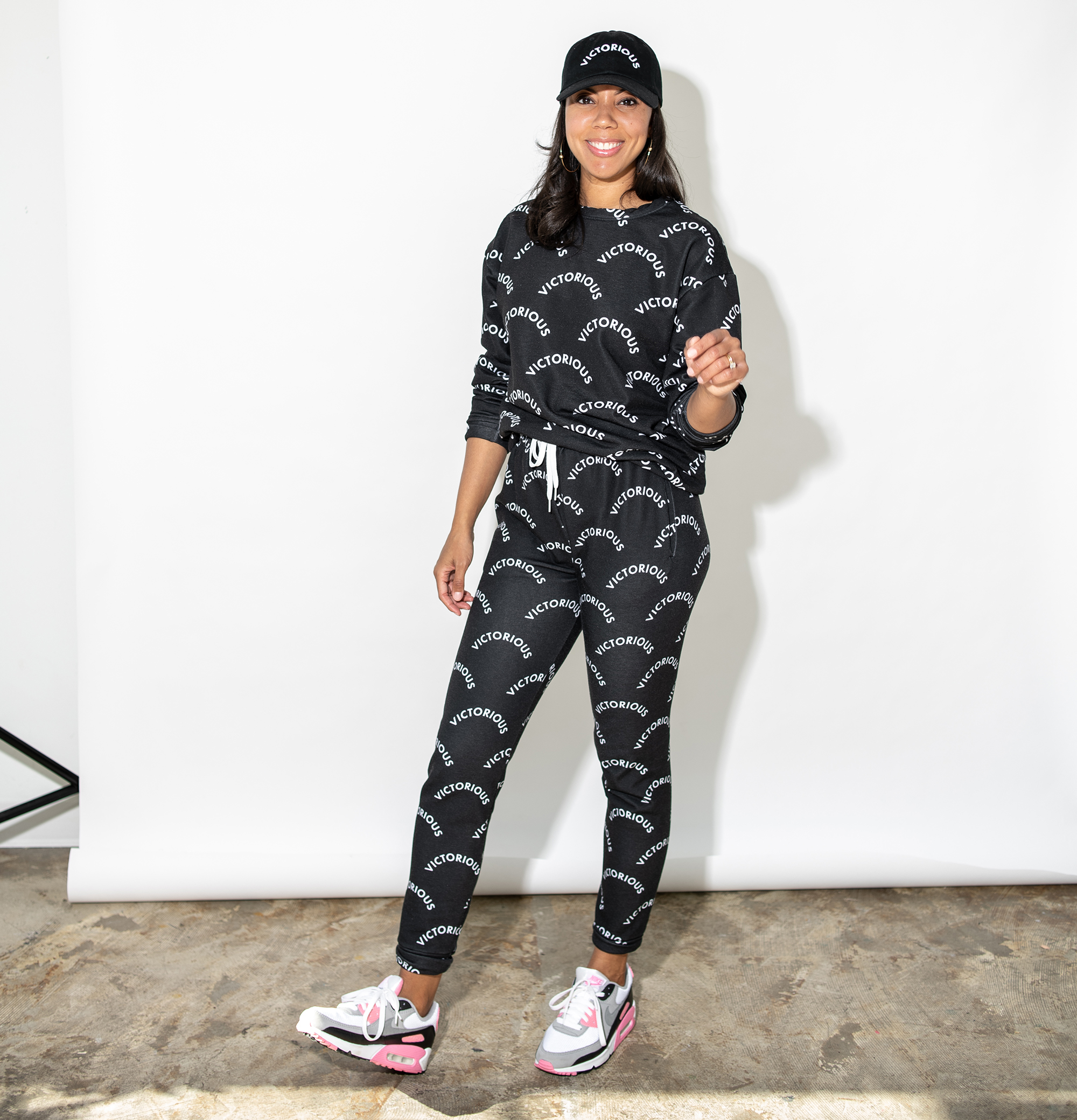 How do you identify and how would you say your identity plays a role in the work you do?

I’m a Christian Black woman. I love my Mama, I love Jesus and I’m very blessed to be able to do the work that I do.

What do you hope District of Clothing can teach the fashion and lifestyle industry at large?

What advice do you have for others looking to lean into their strengths, or just stay true to their mission?

I think it’s really important that you allow yourself time to explore. To explore the world, to explore various industries, and most importantly to explore yourself. The more you explore yourself, the more you’ll understand, where a lot of your life gets meaning from. For me personally, that is very much connected to my spirituality, to my family, and to the places that I’ve been in the world. 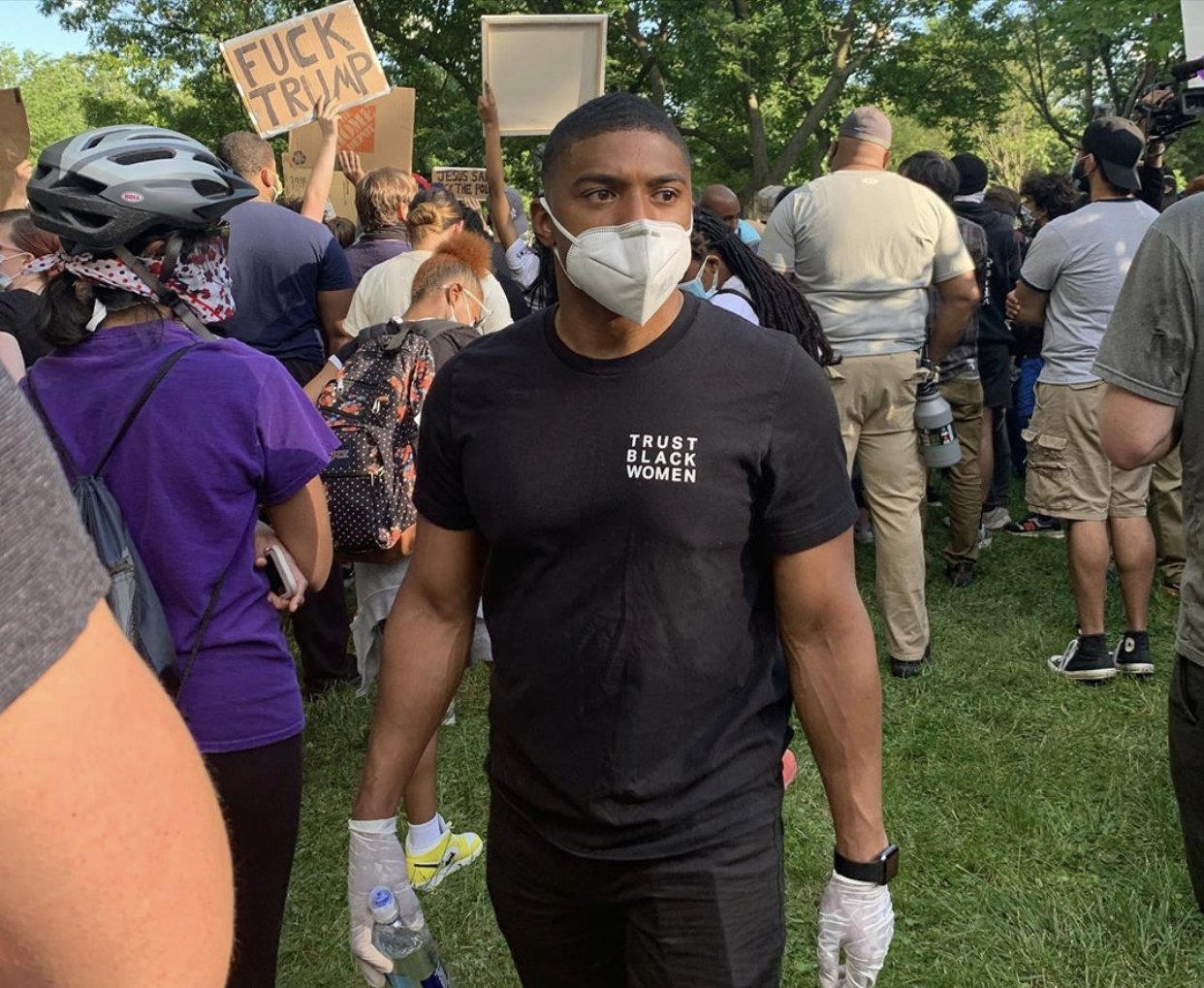 Tell us about a moment that being a Black female entrepreneur has made you extremely proud.

I have two things that first come to mind and I’m going to get emotional here. In 2015 I did the branding and marketing for the 50th anniversary of the March to Selma. I was on my way to Selma and was telling my grandmother about the project and what I was doing. She had that grandma silent cry and asked if she could come too. Just seeing that full-circle moment and hearing her voice, knowing that she did what she could to give me a different life was…there are no words. Then just a couple of days later, I was sitting nine rows back from the stage and saw President Barack Obama sitting up there with Madame Michelle. Knowing that I had a part in creating some of the branding and visuals for this event was wonderful. Being able to cross that bridge with John Lewis was remarkable. It really filled me up.

The second thing that comes to mind is seeing how some of my designs from the Stand With Black Woman of Planned Parenthood to the Dream Doer, to Trust Black Women, to the Do Not Touch the Artwork shirts were worn by people protesting and marching over the summer. I have photos of people getting arrested because they were standing up for themselves, for their rights, and for one another, wearing District of Clothing. Knowing that someone purchased something with their hard-earned money and decided to pull it out of that drawer to put it back on for such an important meaningful day for them is just unimaginable.

This interview has been condensed for clarity.