“Like many trans Muslims today, I have pretended to be someone I am not.” 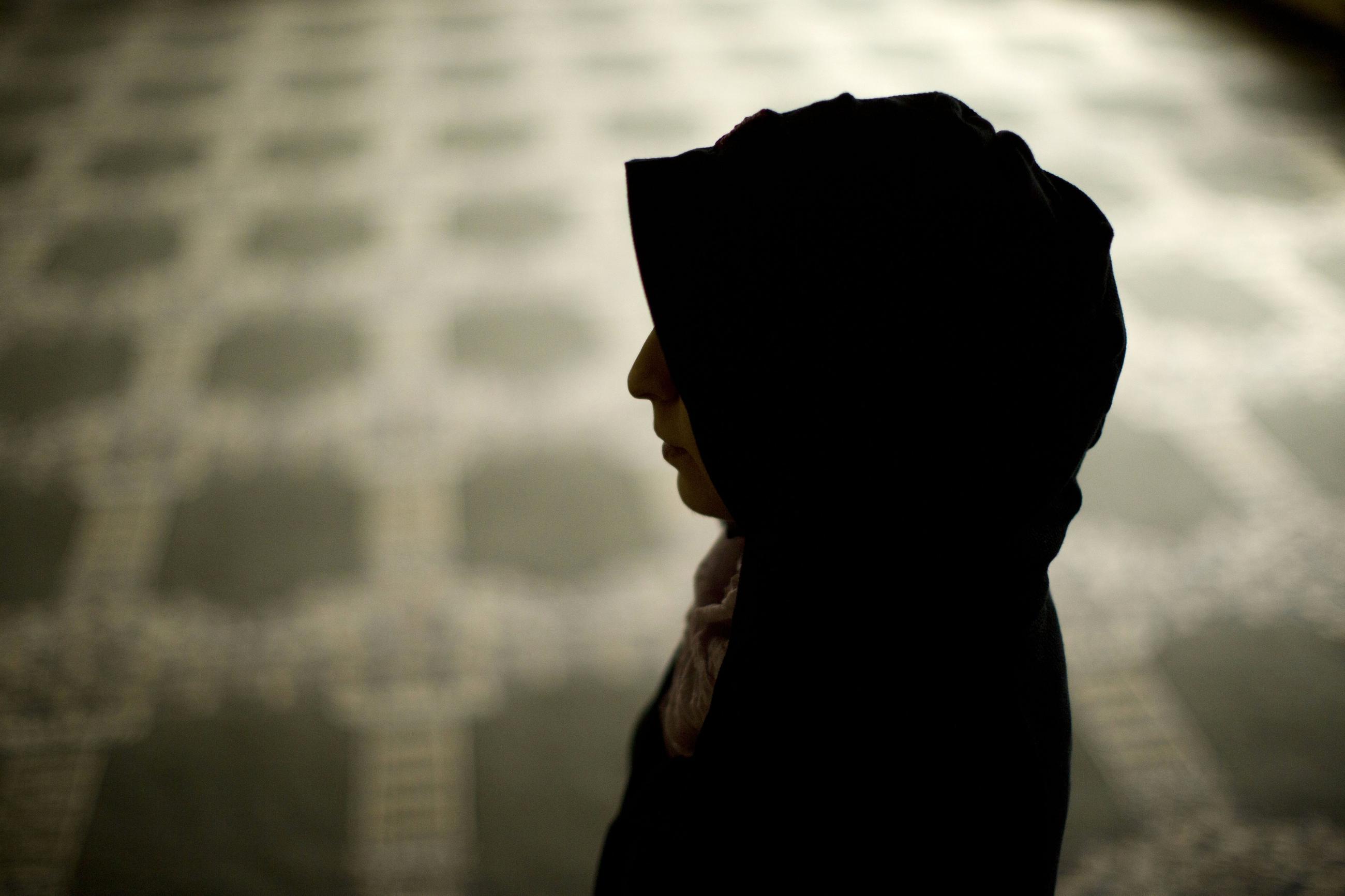 As a girl and then as a woman, Eid has always been the same.

My mother and I rise hours before the other half of our household, brushing, dabbing, smoothing, and painting ourselves before dressing in the clothing she has picked.

There are janamaaz laid out on the plastic turf in an Indiana high school sports complex our community rents twice a year to accommodate the nearly two hundred-person congregation, a community that no longer fits in the stripmall office-space-turned-Masjid we prayed in when I was a child.

My family separates into the gender-segregated front and back of the stadium. I greet aunties who embrace me in clouds of starch-pressed clothing and expired-smelling lipstick. They sit in loose rows of heavily worked chiffon and silk. They comment on how well I manage to walk in my heels or how fat I have gotten since they had last seen me, sometimes admiring, sometimes cruel, always assured that it was to my benefit to know their minds.

A few families would join ours to the only Pakistani restaurant in Indianapolis, where every year we descend upon a mediocre buffet. I would sit, stand, and socialize only with other girls, now women, still as separated by gender as we were in our makeshift musalla.

It was like this twice a year, every single year. The nostalgic practice of holidays with those you are related to, by blood and by culture, was rigidly expected. While I was generally uncomfortable with myself for reasons I had not yet distilled, there was the relief of familiarity. Eid was the same. I was expected only to be appropriately female and to seclude myself with other women. For years, despite my internal, nonspecific confusion, I could do that. I could recognize that I looked like a girl, and then a woman, and was treated as a girl, and then a woman, and that meant I was just like all other girls, other women, in my community.

When I started university I began to question my gender. I had always felt ambivalent about being a woman. Womanhood was a beautiful seed that I could not encourage to grow inside of me. Other desires took root.

“I had always felt ambivalent about being a woman. Womanhood was a beautiful seed that I could not encourage to grow inside of me.”

Over four years, my body fell out of practice with the movements that had made me beautiful to the people who raised me and were raised with me. The long strands of hair on my neck and my chest, covering my legs, my chin, my cheeks, making a line that split my chest to my belly and beyond, black and coarse, became tufts of personhood that would stubbornly grow. Pronouns became molting snake skins, and I called myself “she” until I could bear to be nothing but “they,” and, though finding comfort in this word, still sometimes fantasizing about being a “he.” I would stand for hours staring at myself in a full length mirror, pressing my hands against my breasts as hard as I could, watching the shape become appealingly flat. I became myself over and over again, finding in each try a step toward what I eventually defined for myself as masculinity. The roots of a confident forest began to flourish.

When I went home for Eid during college, I pretended to be a woman. It wasn’t that I was never feminine, or that I didn’t consider myself aligned with women’s experiences and struggles. I just wasn’t a woman, and any attempt to emulate cis womanhood felt little more than performance to me. I understood that my family, the Masjid, and our community, in their decades of extreme and regularly-vocalized queerphobia, would never accept any form of gender non-conformity, let alone the constantly shifting state of my transmasculine nonbinariness.

“It wasn’t that I was never feminine, or that I didn’t consider myself aligned with women’s experiences and struggles. I just wasn’t a woman, and any attempt to emulate cis womanhood felt little more than performance to me.”

I donned a mask of cosmetics I used only a few times a year. I put on clothing meant for the woman I no longer was. I bent to a God who was meant to be able to know the intentions of my movements as I lied to everyone around me, feeling out of place behind the men and feeling equally averse to the idea of being in front of the women. Aunties tried to smile through pinched expressions and wide-eyed glances at my stoic mother as they tried to find ways to compliment my most recent haircut, which left only a few inches of hair atop my head.

I tried coming out to some of the more progressive-thinking cis women I had grown up with over lunches that had lost their girlish charm of comradery. They were often confused, asking me if I was trying to tell them I was a lesbian. With the dysphoria of never being recognized or understood, always being tied to a womanhood which had never taken growth in me, I would tell them that was exactly what I meant.

After several Eids back and forth through college, I moved back in with my parents after graduation, transmasculine, closeted, performing against my will as the ghost of something I thought I used to be. My dysphoria became so uncontrollable that two weeks ago that I sacrificed the sanctity and peace of my household for an iota of bodily autonomy, and shaved the remaining few inches of my hair off. My mother cried. My father drank. They both cursed me as the humiliation of the family, and have not allowed me to leave the house without covering the stubble-crown of my head. They still have not recognized my changes in behavior, dress, look, and attitude, as anything more than the willful rebellion of a young girl, nor have thought to ask. I have been asked not to attend Eid services with my family as a measure of saving face.

“Like many trans Muslims today, I have pretended to be someone I am not, to the detriment of my spirit and my health, in order to maintain bodily safety in a dangerous home environment.”

Like many trans Muslims today, I have pretended to be someone I am not, to the detriment of my spirit and my health, in order to maintain bodily safety in a dangerous home environment. Like other trans Muslims today, I have taken steps in my transition (regardless of how they are recognized/acknowledged) which have barred me from the love, safety, and belonging we should all feel during the holidays from our families and communities. Like all trans Muslims, I hope for a day which a celebration of tradition and community can find space for those of us not so same anymore.

This article was originally published on Kajal Mag.