Meet the man behind the art. 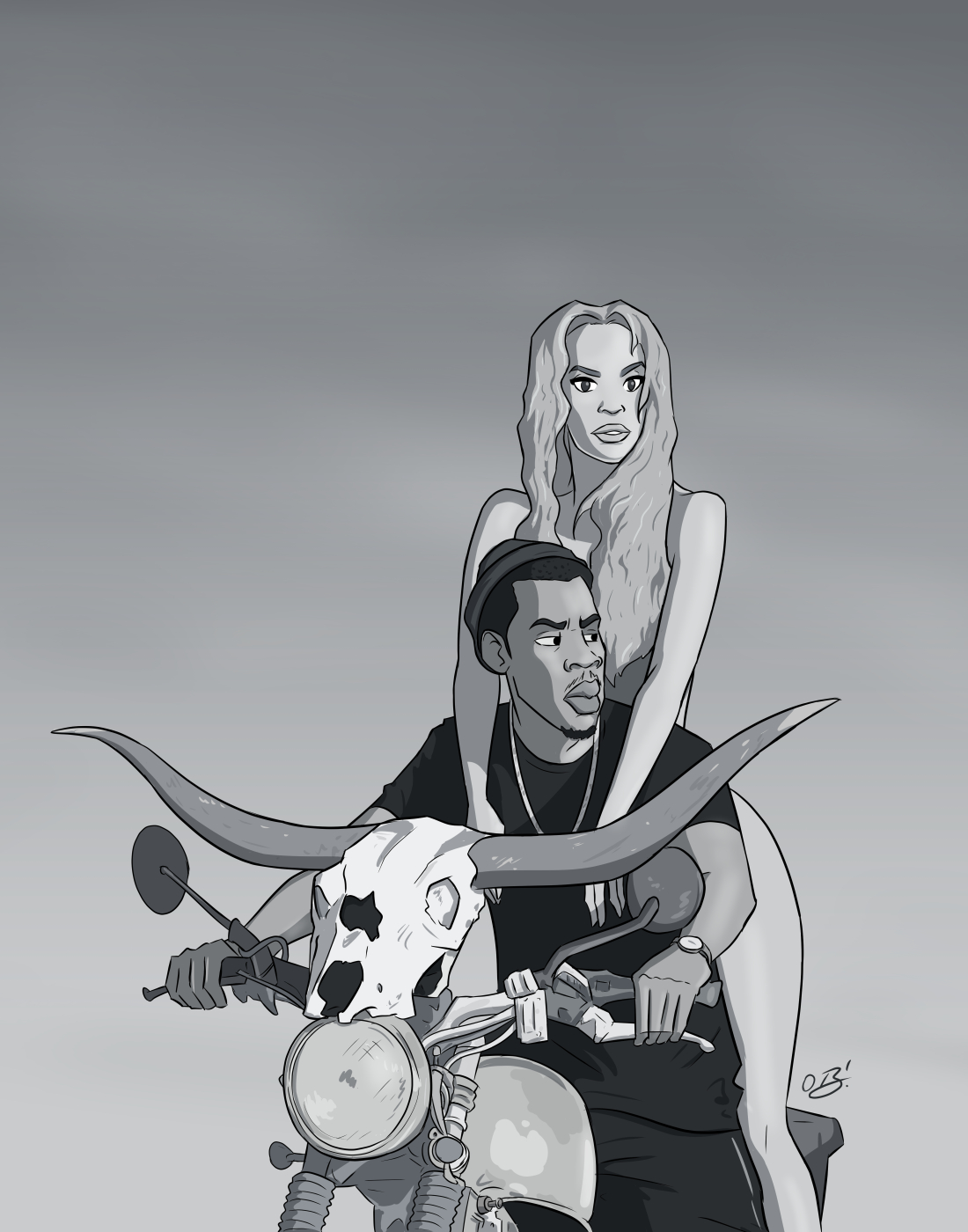 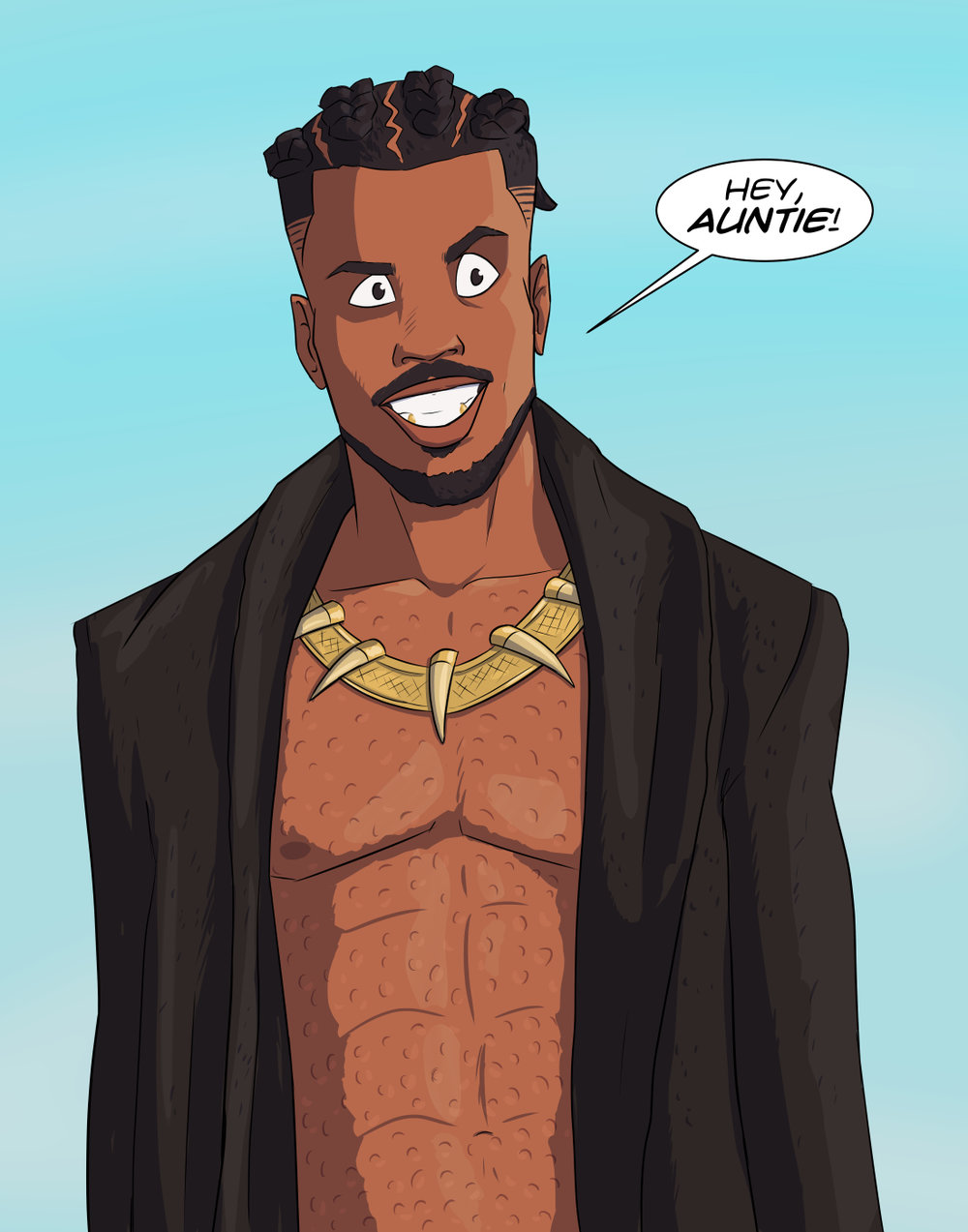 You’ve seen his art even if you didn’t realize it. Obi Arisukwu, who you probably know as @obiaris has made art an integral part of his life for a very long time. “I’ve been drawing since I was three years old which is really interesting because when it comes to immigrant parents, they [usually] don’t want you to do anything in the arts,” says Obi whose parents are from Nigeria. “My parents, when I was three years old, they just supported me.”

Fast forward to present day and not only has Obi amassed a huge following on social media (we see you 100k!!), he’s also given back to his community all while pursuing his passion. But the journey hasn’t been easy. Meet Obi, the man behind the art:

Tell us about yourself. How’d you get into art?

I grew up Southwest side of Houston. My parents both are Nigerian immigrants. [The] elementary school I went to [was] not the best [and] I was getting teased and called names like African booty scratcher and it made you not even want to be Nigerian, it made you not want to be your culture. The entire time I used to pretend to be something else.

But I’ve been drawing since I was three years old which is really interesting because when it comes to immigrant parents they [usually] don’t want you to do anything in the arts. They feel like you’re just wasting your life. My parents, when I was three years old, they just supported me. They would buy me little drawing books. They’re always like we’re going to keep pushing and pushing to support it.

In college, I was a computer programming major. Then I switched it to marketing. Found out there was a graphic design program, joined graphic design, where I really did a lot more art. Not just PhotoShop and Illustrator, but we had figure drawing. We had charcoal drawing. We had painting classes. I graduated with a graphic design degree. Still wasn’t really into art like that. Wasn’t really drawing. I was drawing here and there, but nothing really crazy. You know when you graduate, it’s hard to find a job. It’s really hard to find a job.

So I linked up with a local DJ. I was doing a lot of the flyers, logos, business cards for the urban market out here in Houston, because I couldn’t find a job. That’s how I was making a living for a couple of years. Finally, I ended up landing a job in corporate America. A pretty good paying job being a graphic designer. Again, I wasn’t really focusing on doing illustrations. About four months after I got hired, I got laid off, because they were downsizing. I was young, immature. I’m partying all the time. I didn’t have the right mind space for any of that stuff.

About half a year later, I ended up getting a job at ConocoPhillips, where I became a graphic designer for them. Later on, became the lead graphic designer. I was working there for four years, but throughout that time, that’s when Instagram really started exploding. Twitter, Insta really started exploding. I started to see a lot of people really dropping a lot of their artwork on there.

When I was a kid, I always wanted to be a cartoonist [but] I felt like you didn’t make any money. That’s why I kind of abandoned it. I could do it, but I never just focused on it. When I was working at ConocoPhillips, I loved it at first. Then slowly and slowly, it became the same mundane pattern of going to work, being in a cubicle, and never being able to express my creativity.

My talents weren’t being utilized the way they should have been. For instance, I was the head graphic designer there, but I was doing PowerPoint presentations. After a while it was kind of, “What am I here for? This is not really what I want to do. I really want to get into cartoons.”

The more I started following people on Instagram, I was getting more inspired. I wanted to get better and better and I was already thinking about quitting my job, but I didn’t know when.

“Then slowly and slowly, it became the same mundane pattern of going to work, being in a cubicle, and never being able to express my creativity.” 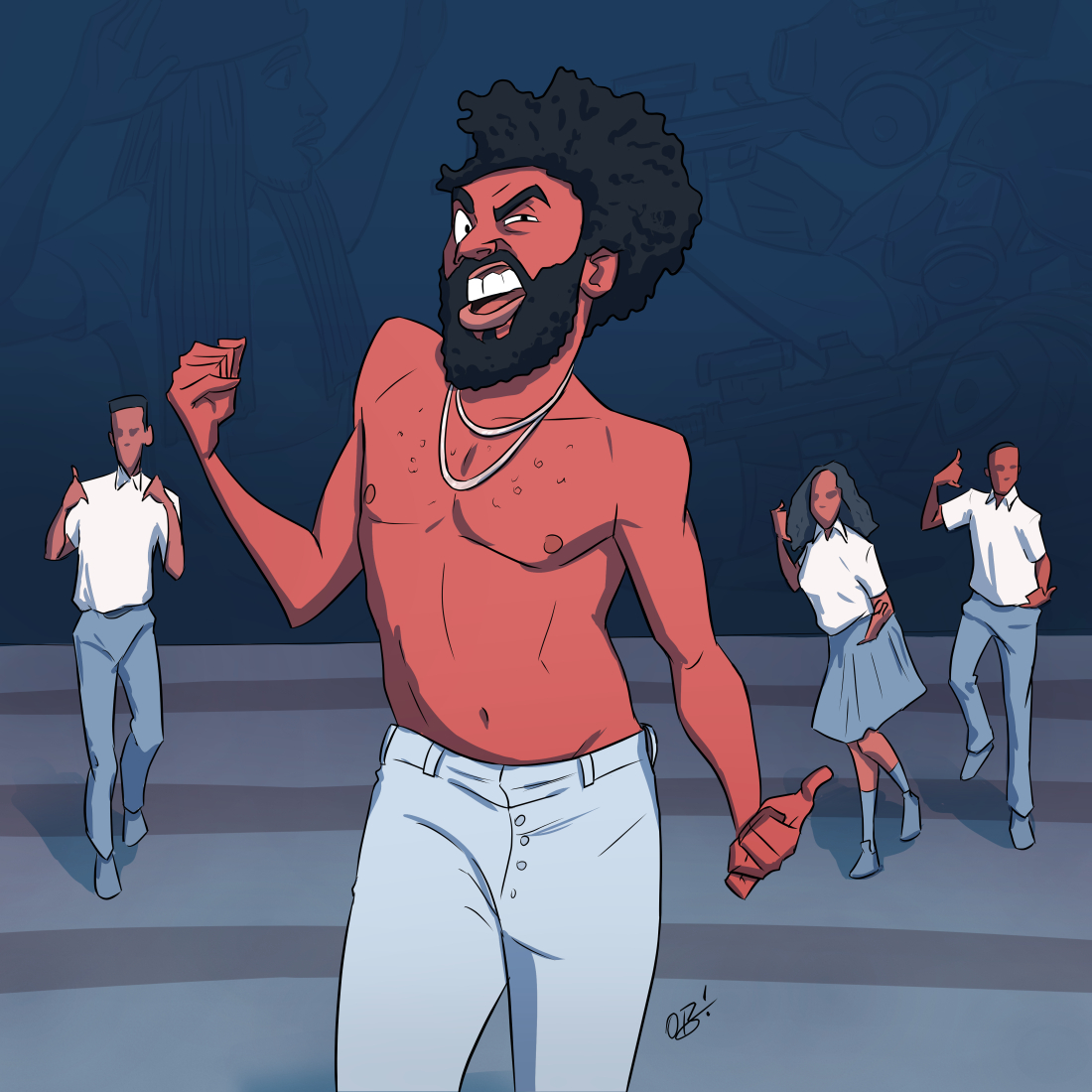 When did you decide that it was time to quit?

I had a podcast with my friend and he quit his job and now he’s an incredibly successful photographer, concert photographer, getting flown all over the place. So, when I was working on a comic book for Martellus Bennett, I was texting my friend January 2017, I was like, “Man, I’m so ready to leave my job.” He was like, “Why don’t you just quit?” I said, “I’m not ready to quit. I want to have a certain amount of money saved up. I want to prepare.” He was like, “Just quit.” He said, “You’re never going to be ready, so you might as well just do it. Once you put all your energy into something, the universe is going to work out for you and then it’ll pay you back.” That morning, I decided I’m quitting my job.

Once I quit in June 2017, I was just trying to get my skills up, my talents up, trying to put that plan in. [I] had this video that was going to track me for 100 days of everything that I’m going through as a newly found entrepreneur. I learned a lot from that. After 50 days it really woke up to me what I really got to do. I got to take care of a business plan, organizing, being creative.

So, what was it like moving back in with your parents?

Man, I remember when I first moved out. I said, “I’ll never move back in with my parents.” I felt like I was moving backwards but then I realized it’s not moving backwards. You’ve got to take a step backwards to make a bigger leap forward. Living with my parents, they’re really great. They’ve always supported me and it’s like a really good Airbnb. It’s definitely tough because when you first quit and go on your own, you’re going to go through that period, that downfall, of where you’re not getting any business or no clientele because you’re still working on your service, still working on getting yourself out there.

Then, for me, after like six months, I started getting a lot more projects. I really stopped doing graphic design work to focus more on illustrations. This is one of those things where you don’t give up. You’re going to be depressed, you’re going to face those failures. You’re going to get those rejections. It shouldn’t a reason for you to just stop altogether, it should be a reason for you to say, “Okay, how can I expand? How can I get better? How can I be better?” 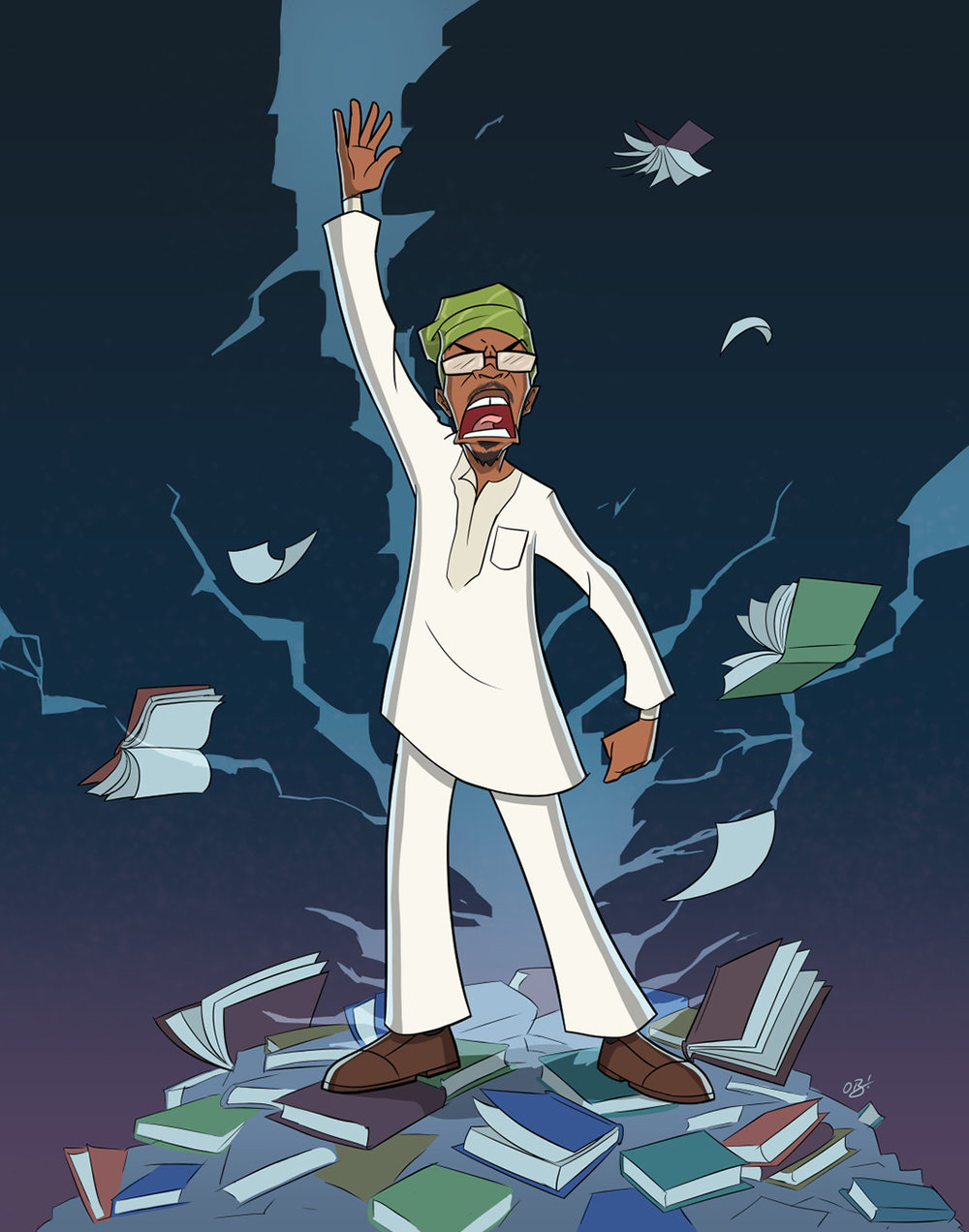 Tell us about your 100 days videos. What was that journey like?

I was in the kitchen with my sister-in-law one day in her house and we were talking about my business plans. She was like, “You know it will be dope if you like did a 100 days blog when you quit your job, showing people what it’s like quitting your job for a 100 days.” The only difference between her vision and my vision, was her vision was saying like, me doing a business plan, me doing marketing, me meeting clients, me doing this and this. I did it more of my everyday, like the work I’m doing and where I’m taking it.

I remember how her and I talked about it, I still remember day 30. She was like, “It is cool but you need to start doing this and this.” But I kept on with what I was doing, the process of me showing my work because I was talking to different artists. It was a good marketing plan and at the same time it was just really good to help inspire people. 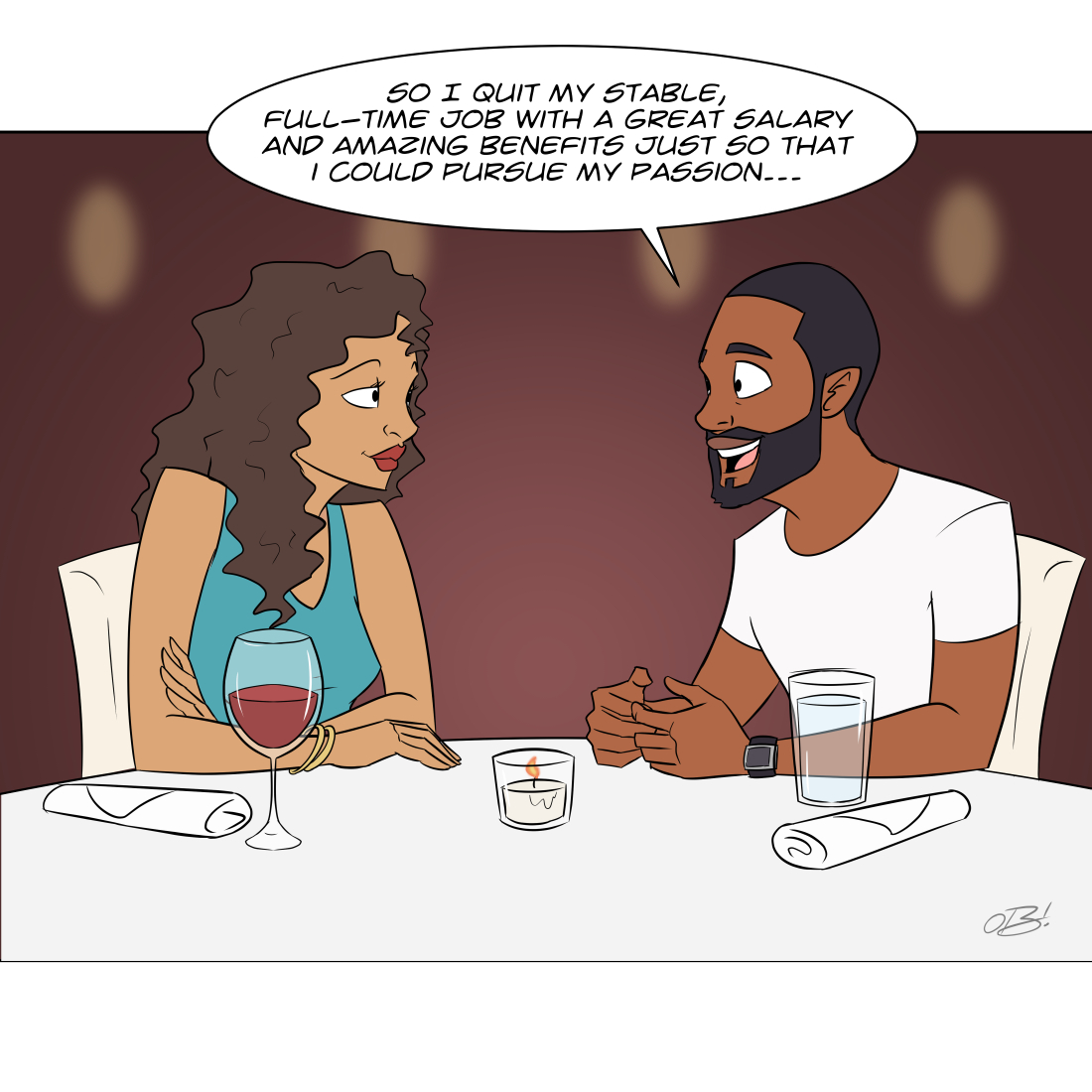 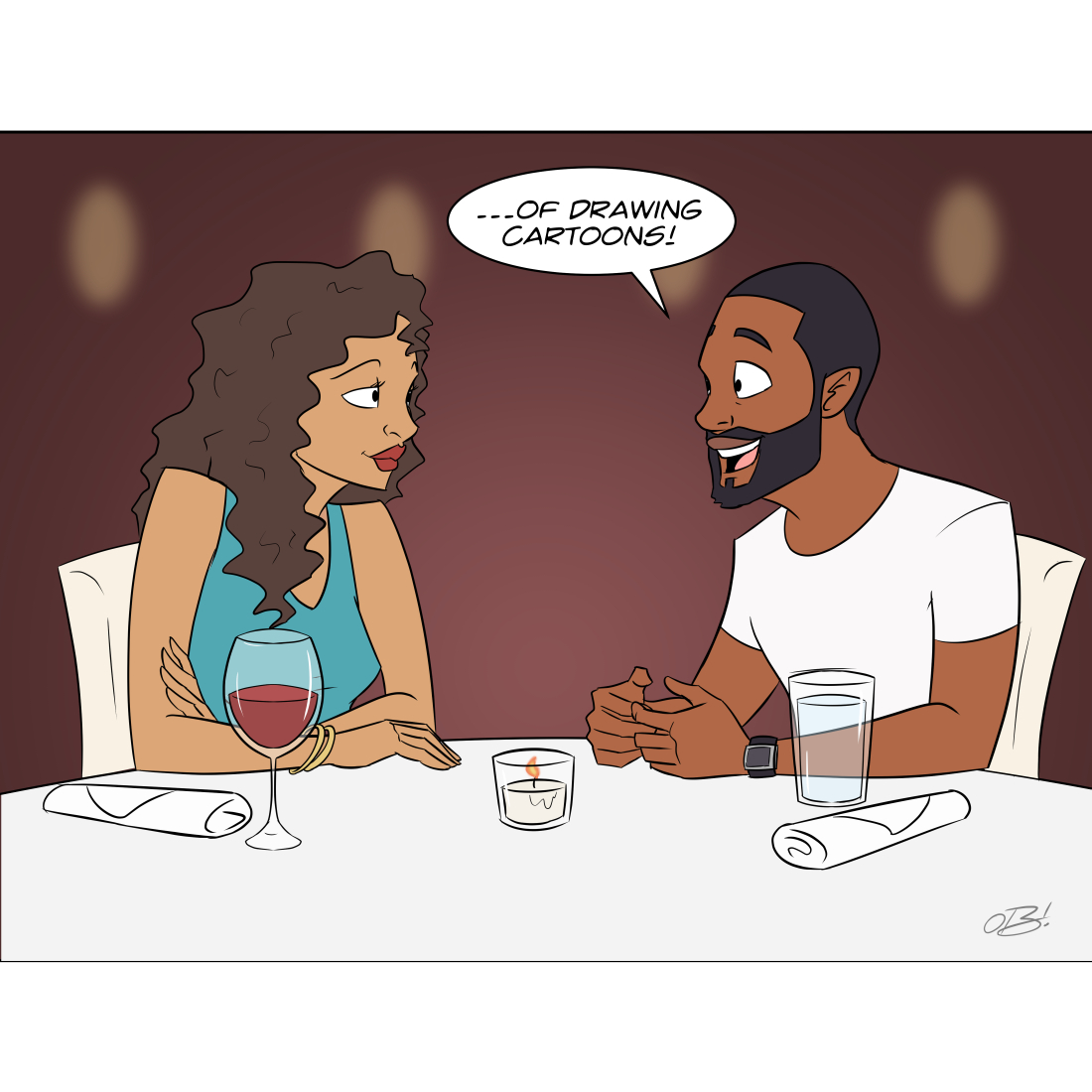 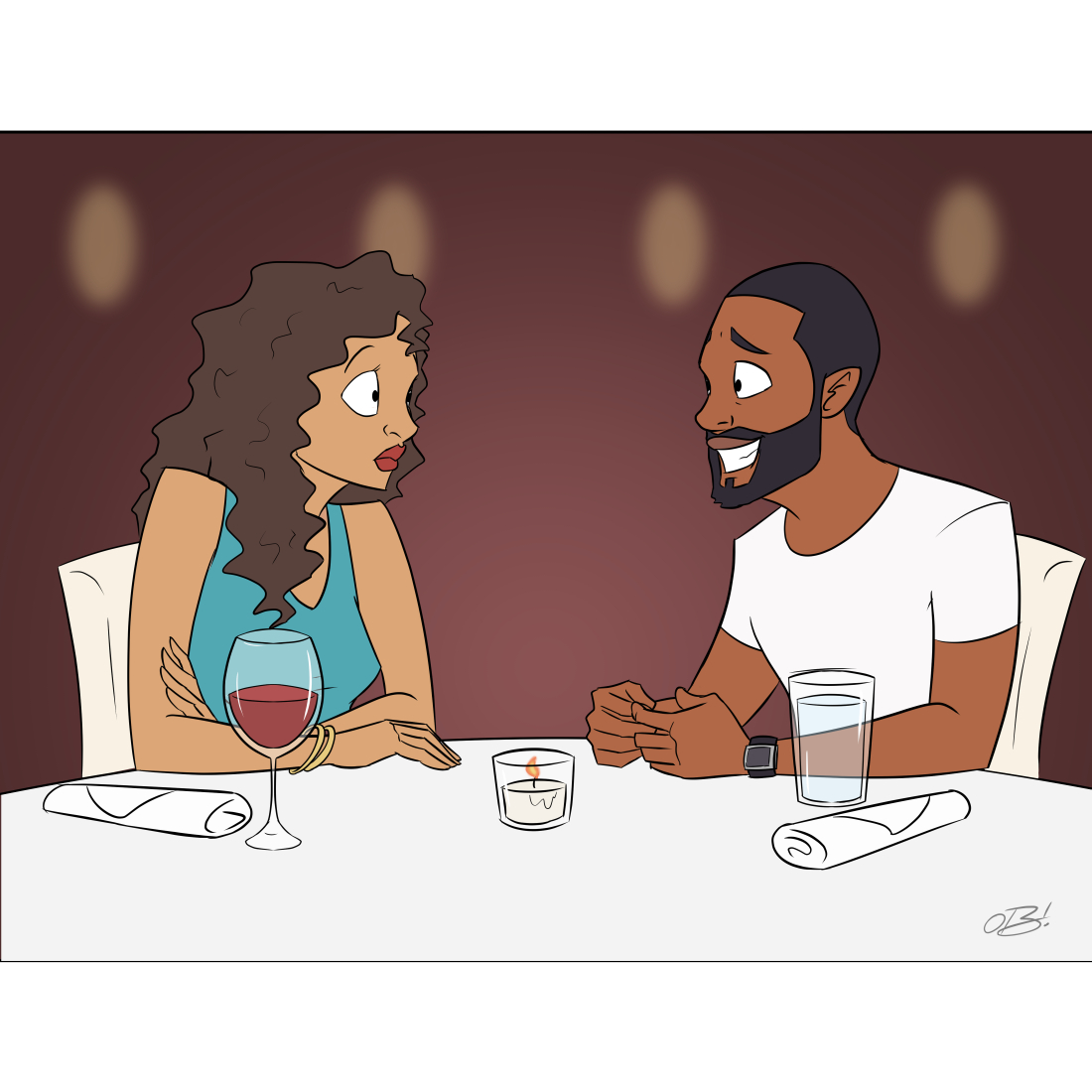 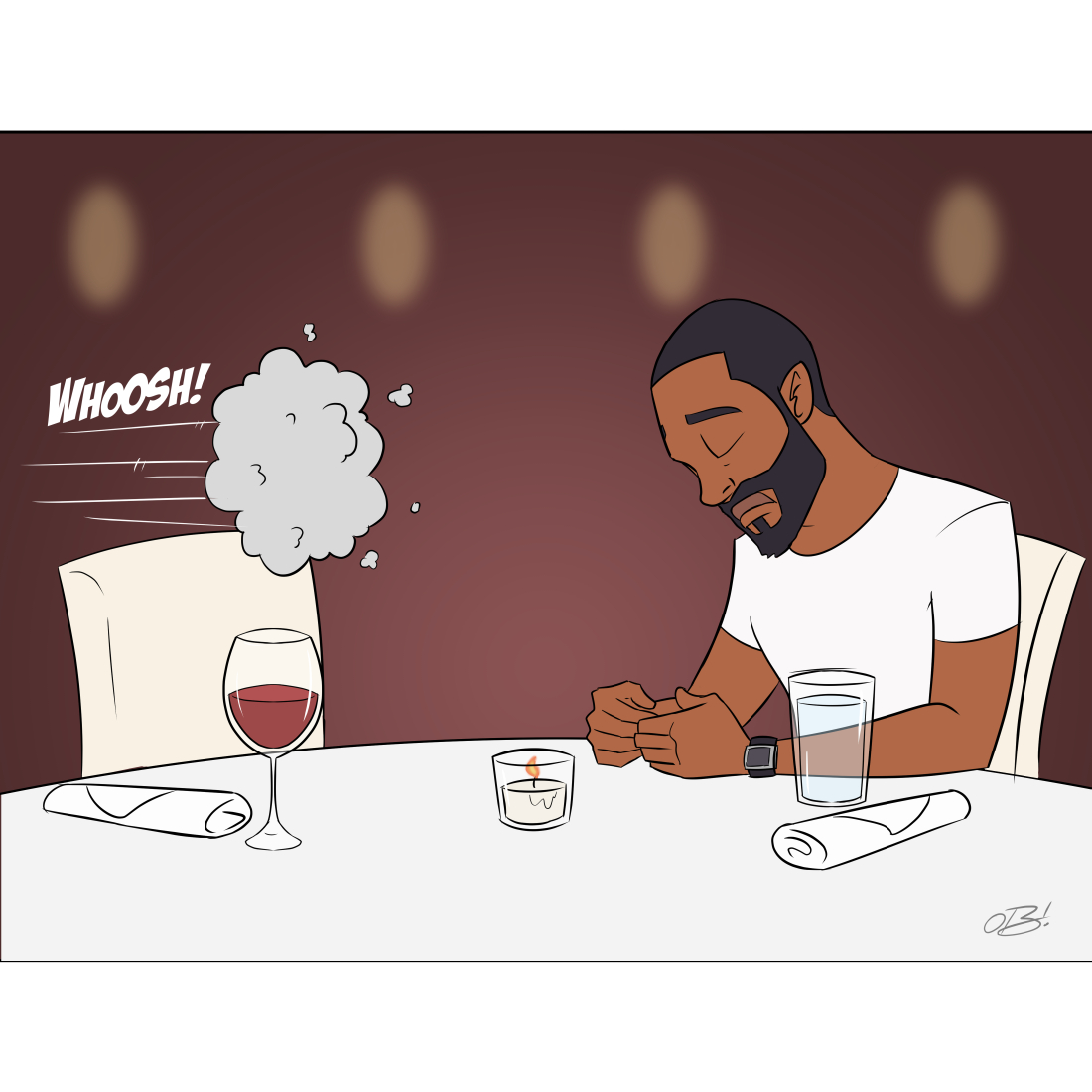 What’s been the most difficult part of being your own boss? Besides having to move in with your parents, things like that. What is the daily struggle?

A lot of times where I have work to do, however, I want to draw something that I really feel like doing. From that, I feel like I could put on Instagram. It will get a lot more views, get me a lot more attention, get me a lot more marketing. That’s all Instagram is now. Instagram changed from a social platform to a marketing platform to be honest. I’m inspired to draw other things but when I have clientele, I have deadlines, I have to get out of that mindset of being a creative artist and being a business person. That’s the hardest part.

What’s one thing you want people to know about you through your art?

That’s a good question, I haven’t thought about that. I would say that I like to have fun, I see my art more, not as a business, not as work, but just someone who has a talent, who just wants to have fun and express it with the skills that God gave him. That’s pretty much it.

*This interview has been condensed for clarity.