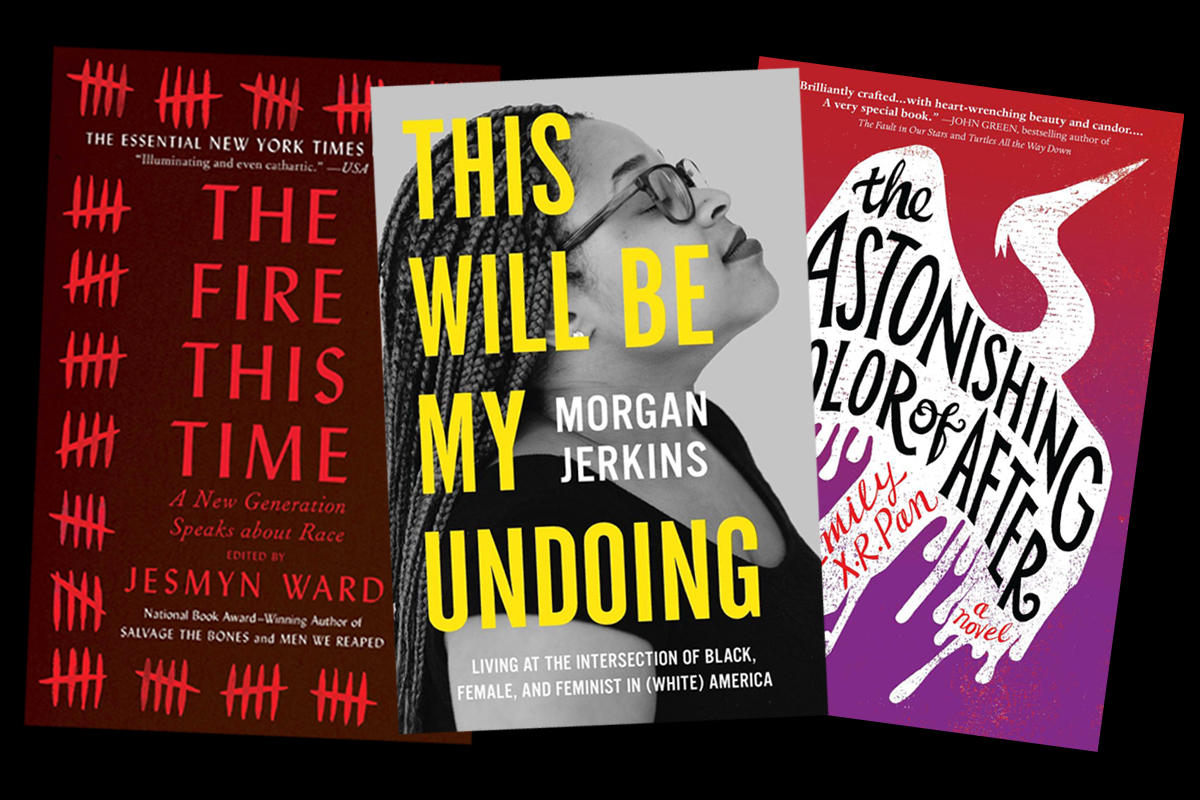 Each month, we release a list of both new and old titles we recommend about a variety of topics to make sure you’re #InTheKno. Below you’ll find our list of books for September. Happy reading.

IDENTITY:
This Will Be My Undoing: Living at the Intersection of Black, Female, and Feminist in (White) America
By Morgan Jenkins

Debuting on the New York Times bestseller list, Morgan Jenkins explores what it’s like to be a black girl, and later a black woman, in contemporary U.S. society. She writes with single-minded intensity about the complex spaces black girls and women find themselves navigating both in the world and in themselves. [Review courtesy of LA Times]

Since the late 18th century, black writers have been bearing witness to the plight of African-Americans, documenting their humanity and making imagined political communities whole. In his effort “to make the invisible men visible,” Mychal Denzel Smith connects the black millennial experience to this literary tradition in his first book, “Invisible Man, Got the Whole World Watching.” Blending memoir and cultural criticism, the book’s form allows Smith to narrate his coming-of-age while interrogating it at the same time. He wants to offer answers “for the martyrs and tokens, for the Trayvons that could have been and are still waiting.” [Review courtesy of The New York Times]

BODY IMAGE:
Hunger: A Memoir of (My) Body
By Roxanne Gay

The memoir deals with her rape, her overeating, and her struggles with her public and private identities. Before the dawn of avatars, she lived on IRC, “an old-school chat program with thousands of channels populated by thousands of lonely people who were mostly interested in talking dirty to one another.” The memory contrasts with the tone of the book, in which Gay is constantly defining and defending herself against others’ expectations. [Review courtesy of The New Yorker]

GRIEF:
The Astonishing Color of After
By Emily X.R. Pan

On the same day Leigh Chen Sanders kissed the boy she’d pined over for years, her mother, Dory, committed suicide. She leaves no note, no reason or explanation, just a cavernous hole in the Sanders’ world. At first the grief is overwhelming. She feels trapped in her childhood home with her distant father and the bloodstain marking her mother’s demise haunting her thoughts. Then, the night before the funeral, Leigh is roused from her nightmares by a huge crimson bird calling her name. She knows immediately the bird is her mother, the whys and hows brushed aside in the face a daughter’s longing for her mom. [Review courtesy of TOR]

RACE:
The Fire this Time: A New Generation Speaks About Race
By Jesmyn Ward

Inspired by the chronological structure of the two sections of “The Fire Next Time,” Ward organizes the poems, columns, essays and other ruminations in this collection into three sections confronting the past, present and future of blackness in America. I say blackness more than race or racism; the anthology cannot avoid these last two uglier constructions, but the joy and pain of existing while black is what’s celebrated here. [Review courtesy of New York Times]