Netflix’s Sacred Games Wins at the Expense of Women 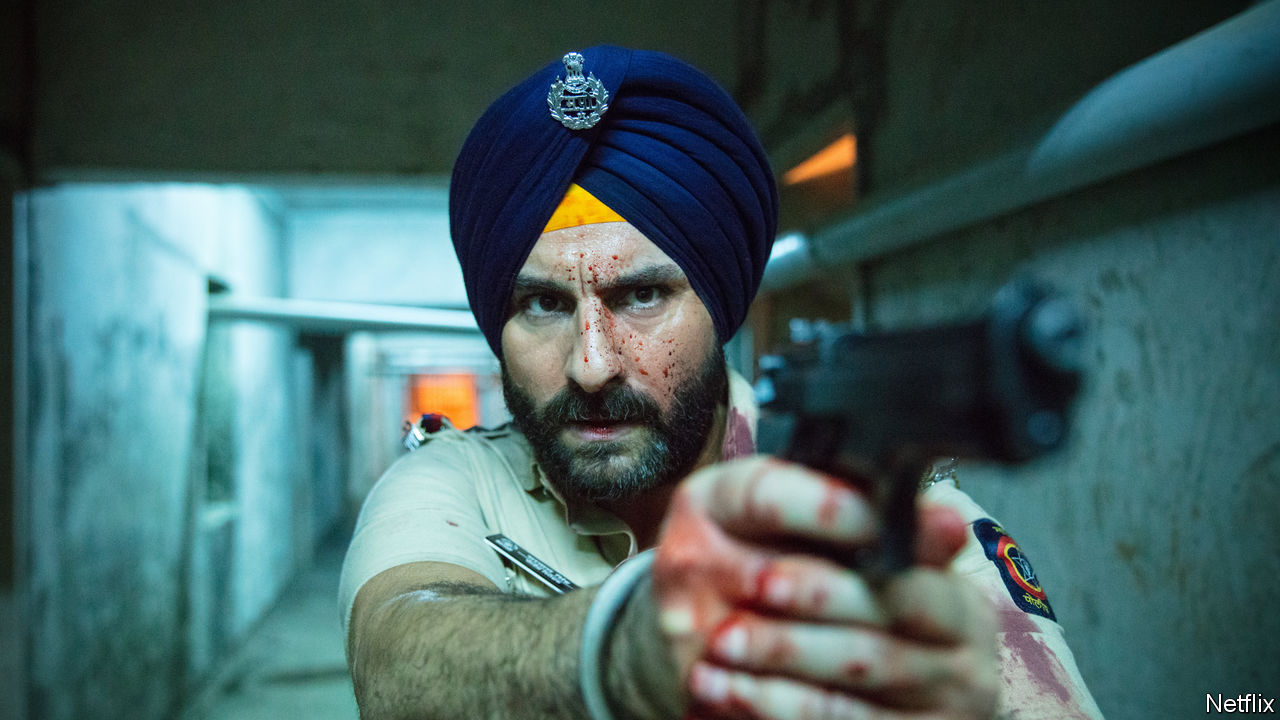 Netflix’s first Indian original series, Sacred Games, has notably excited our country’s entertainment and art-loving urban youth — a generation that has grown up witnessing idle productions overshadow serialized entertainment. A deluge of media coverage, social media statuses and tweets, and passionate reviews from peers convey awe and admiration. Reviewers chimed that Vikram Chandra’s 2006 novel could not have found a finer adaptation through the moving image. Notwithstanding the show’s obvious accomplishments — a tightly woven plot, dazzling cinematography, rigorous religio-political commentary, credible casting — there is a troubling element to how the series treats its women.

Emotional or physical, ongoing or impending, violence quite effortlessly surrounds Sacred Games. This graphic depiction of violence is clearly indispensable when detailing Mumbai’s gruesome underbelly. Violence spares no one in the series. Yet, how it distinctly assaults all the women characters is worth questioning. The author Vikram Chandra has praised the directors Anurag Kashyap and Vikramaditya Motwane for breathing life into a complex and multilingual Mumbai, but it’s absurd to champion the show for its portrayal of allegedly strong women characters.

“Representation matters” has become a popular expectation towards media’s characterization of women and understandably so. In a country where overbearing performances of masculinity dominate public life in general, a woman is considered a threat. Against the fixed attempts of erasing her, representation in real life and on screen is a confronting act. To lazily overcome underrepresentation by simply existing, however, produces stereotypes that harm the work of liberation one might seek on screen.

Our rich medley of complex identities and experiences then become boxed within prescribed categories of what’s expected, and Sacred Games fails to escape those conventions. The Muslim woman in burqa in search of her lost son in the show is a tragic stereotype of a victim. She exists on screen to either search for her son or be discriminated against (her son deemed a potential ISIS recruit) or to languish over his burned body. The small-town girl turned leading actress Zoya (Elnaaz Narouzi) has gone through the rites of the casting couch, and while her experiences are rooted in an endemic practice, her story arc never moves beyond what the men in her life have preordained for her.

Cuckoo (Kubra Sait), the apparently uncompromising transwoman is a token. She is introduced as a slim and tall, light-skinned cisgender woman — a woman prototype the Indian audience has been conditioned to desire. Cuckoo is a palatable adornment. Cuckoo exists to empower Gaitonde, and once he has made significant headway in his ambitions, Cuckoo kills herself in the midst of an arbitrary gang invasion — Cuckoo must die so Gaitonde can live. Destined as gangland collateral, Subhadra (Rajshri Deshpande) and Anjali Mathur (Radhika Apte) are also irrationally discarded along the way.

“Our rich medley of complex identities and experiences then become boxed within prescribed categories of what’s expected, and Sacred Games fails to escape those conventions.”

Women in the series navigate their lives, consciously or not, as vessels for men’s erratic needs, and those that seemingly command their own agency are shot dead. Nayanika (Geetanjali Thapa) wiping out male villains with deadly lasers issuing from her third eye is a sad stroke of irony. The woman whose body is the most available canvas for aestheticizing violence is allowed a fictional enactment of vengeance on screen. Kanta Bai is a refreshing exception but she barely claims screen time, and in her longest segment is shown to painfully sit through and witness her grotesque son’s abuse towards Nayanika. These women become passive canvases for men to enact their violence on. They are either silenced and/or erased and robbed of their individual motives, which is careless exaggeration, and rather disappointing, considering Anurag Kashyap has given us a Paro and a Chanda in Dev D. 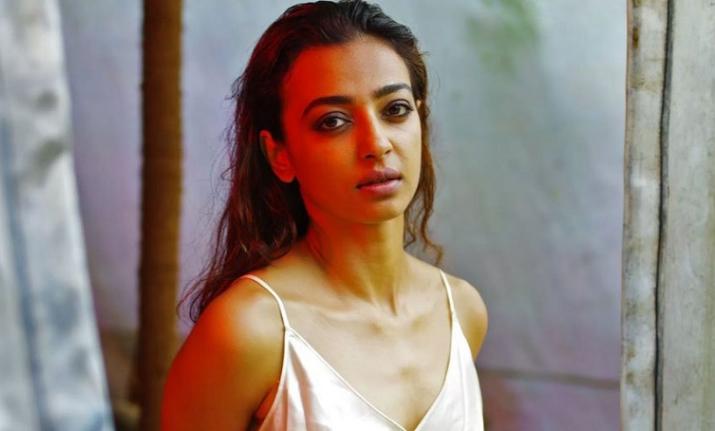 Seconds into the pilot, viewers watch young, decidedly squeamish schoolgirls helplessly screaming at the sight of a massacred dog, followed by a woman getting savagely shot in the face by a man who’s noticeably not wearing his pants. The woman’s grace is matched by the bloody dog — killed by the same man — that falls to the ground. The tone is set for Sacred Games.

The show weaves in countless timeworn elements of a crime-thriller but it generously caricatures the classic trope of the woman in danger from the man. It is tricky to question that occupation because in the Indian context, especially, this trope lays bare our country’s embarrassing critique. Recently named the world’s most dangerous country for women, brutality enacted towards us on screen unmasks the reality.

Sacred Games leaves no stone unturned in capturing the many ways — varying in degree depending on caste, religion and heteronormativity — in which women are threatened, silenced, abused and erased. However, men storytellers will always be limited, if not entirely misguided, in their perspectives when communicating women’s experiences. In its attempt to uphold a society’s vastly complex fabric, Sacred Games victimizes its women and grants them no scope of resistance.

Representation is a double-edge sword. Who wields it? For what purpose? When consumed by the need to be represented, we tend to worship any scrap of visibility that’s thrown at us but seeing doesn’t equal knowing. Women’s experiences that get recounted from a man’s point of view like Gaitonde’s are shaped by ages of harmful social conditioning, and to see Gaitonde become the new rage in town is to wonder how much of his mischief will now be internalized by his fans.

Of course, Sacred Games doesn’t pretend to be a radical project aimed at doing away with society’s damaging norms but the manner in which the show represents the underrepresented begs legitimate questions. Why must India’s women be the tokens of India’s first pioneering Netflix show? Why must our pain be made a spectacle for a Gaitonde to be admired? Why repeat epics centered on noxious men that unfold at the expense of our bodies? Why can’t we just be? It is critical to unapologetically uncover the pathologies of ill-conceived masculinity, but to hold up that image of masculinity as an end in itself is to reenact violence, over and over again.

Media images both reflect and influence social norms. The audiovisual scope of Sacred Games may not directly birth a Bunty or a Gaitonde, but it potentially normalizes certain forms of thinking. It makes one think that our worlds are endlessly roamed by all-powerful men who freely choose their paths and impassively occupied by all-powerless women whose lives have been predestined by a man’s will. It denies women space outside of violence and abuse. Apparently, joy, hope and resistance are not ours to own.

The vision is never to limit artists from writing about life-changing experiences, but when artists function within hierarchical private institutions like the entertainment industry, their art imports within itself narratives that reproduce those hierarchies of power. In Sacred Games, the creators make women’s oppression an effective bargaining chip. Our bodies become readily available by privileged members of society who then assimilate our narratives to fit neatly within what they know will appeal to a society’s most traditional psyche. It’s a proven formula that brings the industry plenty of returns and lists another creation under Greatest Hits. It is a dependable exercise in commodifying pain for a spectator’s viewing pleasure, and keeping with the terms of the debate, it’s only logical to acknowledge that we all participate, in varying degree, in this arrangement.

But considering the influential space Kashyap and Motwane occupy in the male-dominated entertainment industry, we should wonder if they at least attempted to rock the boat. Did they poke the boundaries of what’s expected and what’s not? What were the stakes when the script writers deliberated over Subhadra’s fate in the show? Calm and steadfast in her episodes, Subhadra works her work, unfazed by the hideous men around her, but then we understand her insidious role in the plot. Subhadra is tasked with reigniting Gaitonde’s prowess. She bears his aggression in bed, lulls his conscience, applauds his reckless killing, and during a brief moment is shown to command him during sex. The morning after, Gaitonde notices her tenderly wrap her saree, the bright sunlight softens her once-sinister aura. Next, the camera transports them to an elegant restaurant and we see them exchanging innocent pleasantries over sweet jalebis. It’s heartwarming. A couple of more scenes ensue and then Subhadra is shot dead.

Readers of the Mahabharata can speculate what happened to Subhadra – her story doesn’t conclude in the epic. Maybe she transcended and left behind the material earth. Maybe she lives in Mumbai, and every day after dusk, when the Gaitonde household is still in chaos, she unwinds at Marine Drive and eats jalebis in peace.

This article was originally published on Kajal Mag.