Meet Biddy: The 21st Century Indian Girl
This is for brown women who don’t fit the mold of someone they’ve been told to be. 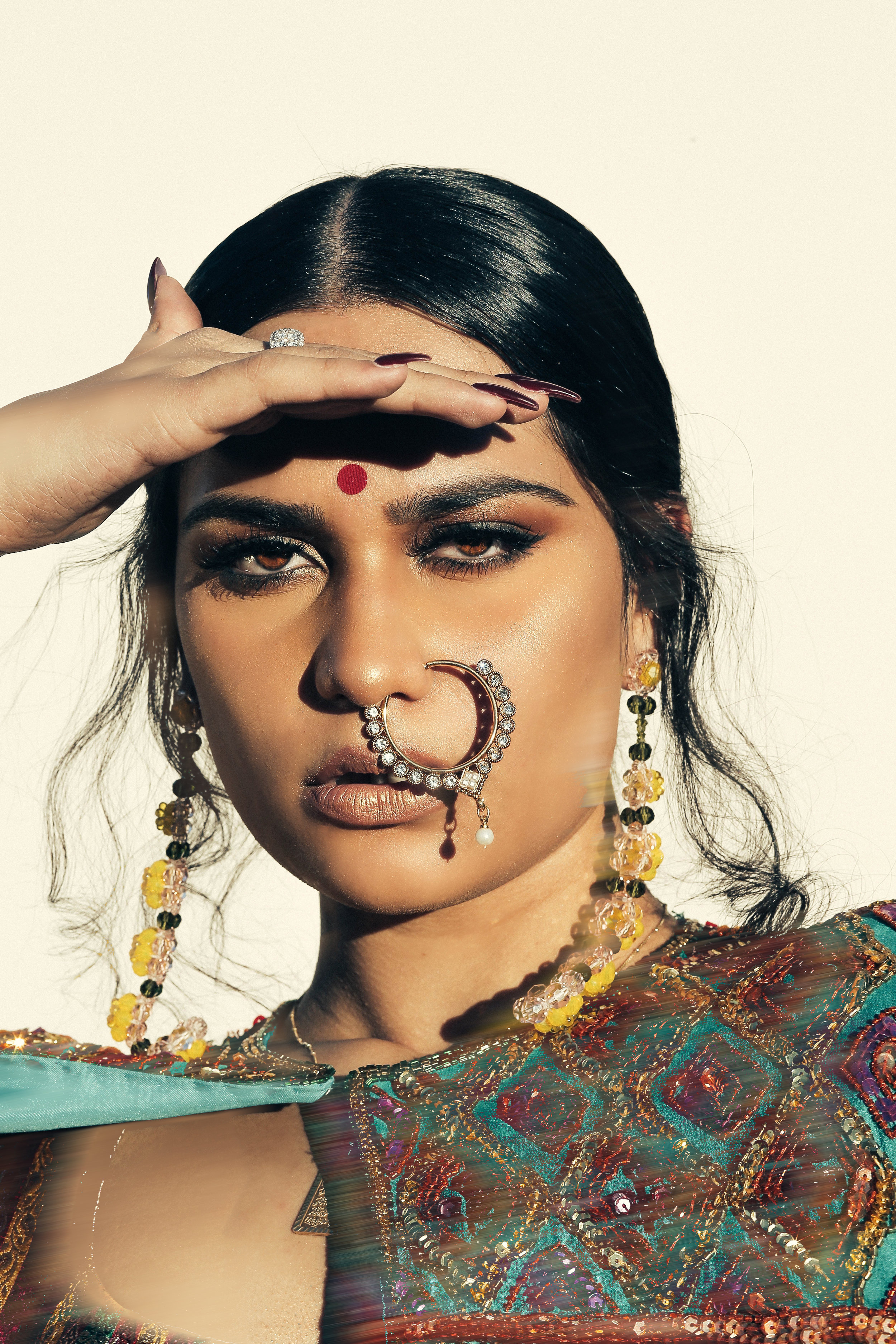 Haya was nicknamed Biddy by her high school friends because it encompassed her multiple personalities. South Asian by descent, born and raised in Hong Kong and currently residing in Los Angeles, Biddy is an independent model who refuses to be placed in any box.

Biddy works to represent brown women who don’t fit the mold of someone they’ve been told to be. “As an Indian woman, our society raises us to believe the perfect woman is fair, thin, obedient—the list goes on,” she says—all of which Biddy is not. We chatted with Biddy to hear more about life as a 21st century Indian girl. 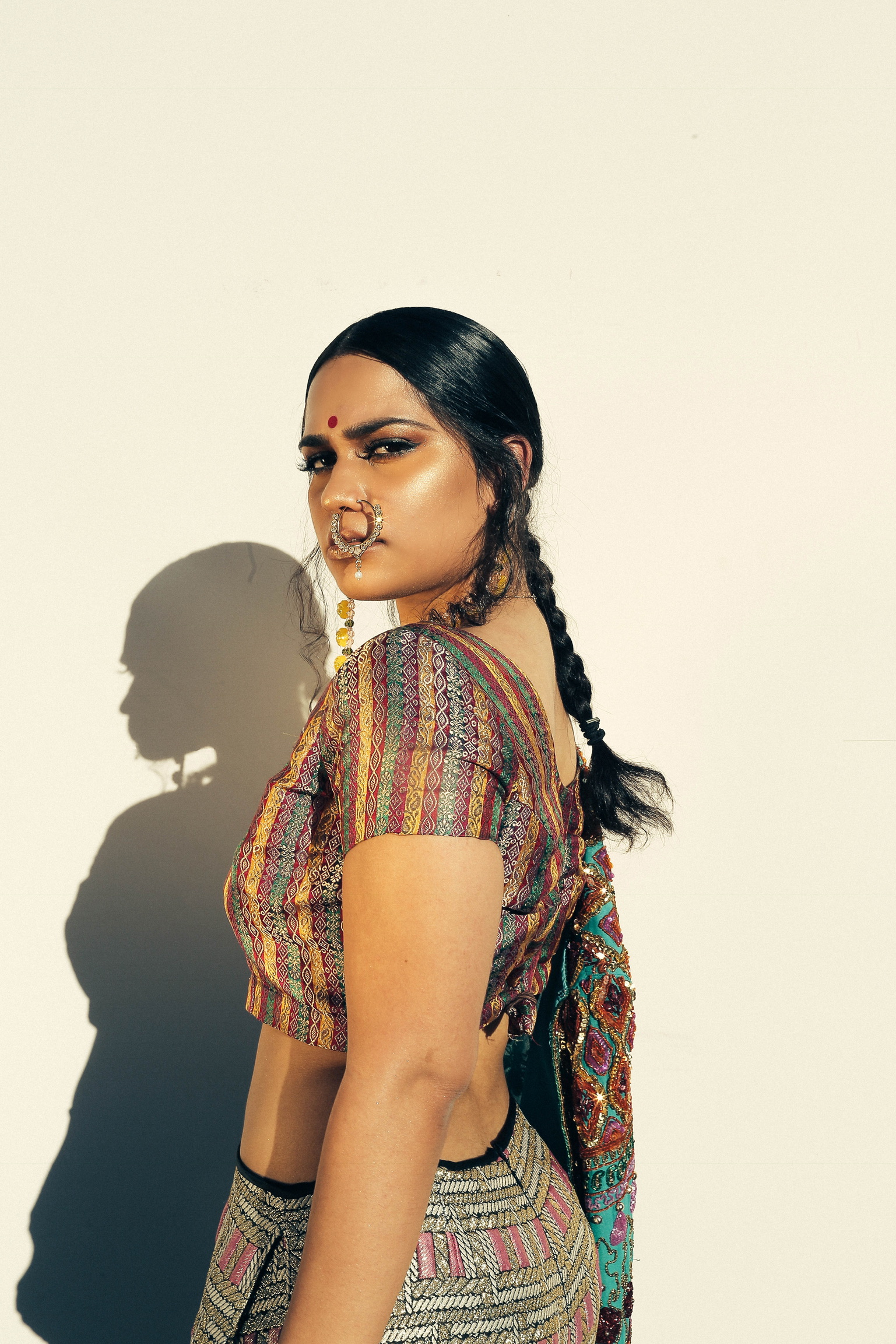 Give us a little overview of what you do and how you got started. When did you realize you wanted to be a professional model?

I always wanted to be a model when I was a kid, I was just heavily discouraged and lacked confidence due the environment I was in as well as my own insecurities. I never fit in with girls of my own culture and on top of that, all my friends were mainly Chinese or white. The Eurocentric standard of beauty is everything I’m not, which is why I shunned my own culture in the past. I always wanted to fit in and was never true to myself, my character or my culture when I was younger, but with time I grew more confident in my own skin and identity. I hated having a fat ass, curly hair and big hips. I was constantly in the gym trying to shed weight, always straightening my hair and only wore black clothes. As soon as I got off the school bus in the morning, I would go to the bathroom and slap on makeup before anyone could see me.

I was only confident because of my personality, but despised my appearance—which is why I only dreamt of being a model. I was camera shy as hell for a few years, especially during the “emo” MySpace days, but I warmed up to the camera when I started to embrace all the features I’d been trying to get rid of. Fast forward to a few years later, after moving to the U.S, I fell into modeling around two years ago. My best friend started taking random pictures of me on my couch and I started getting messages to shoot, so I thought I was on to something. 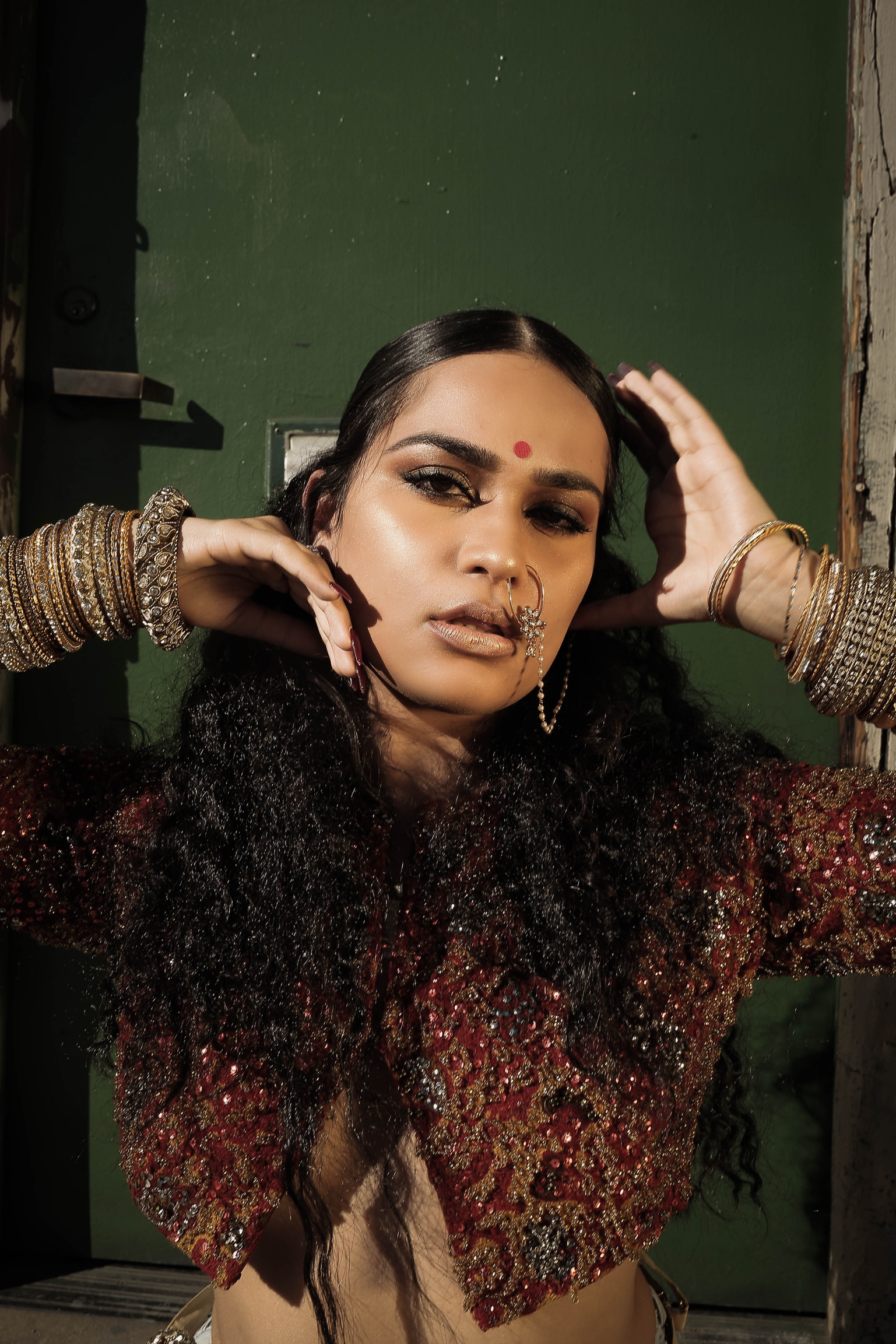 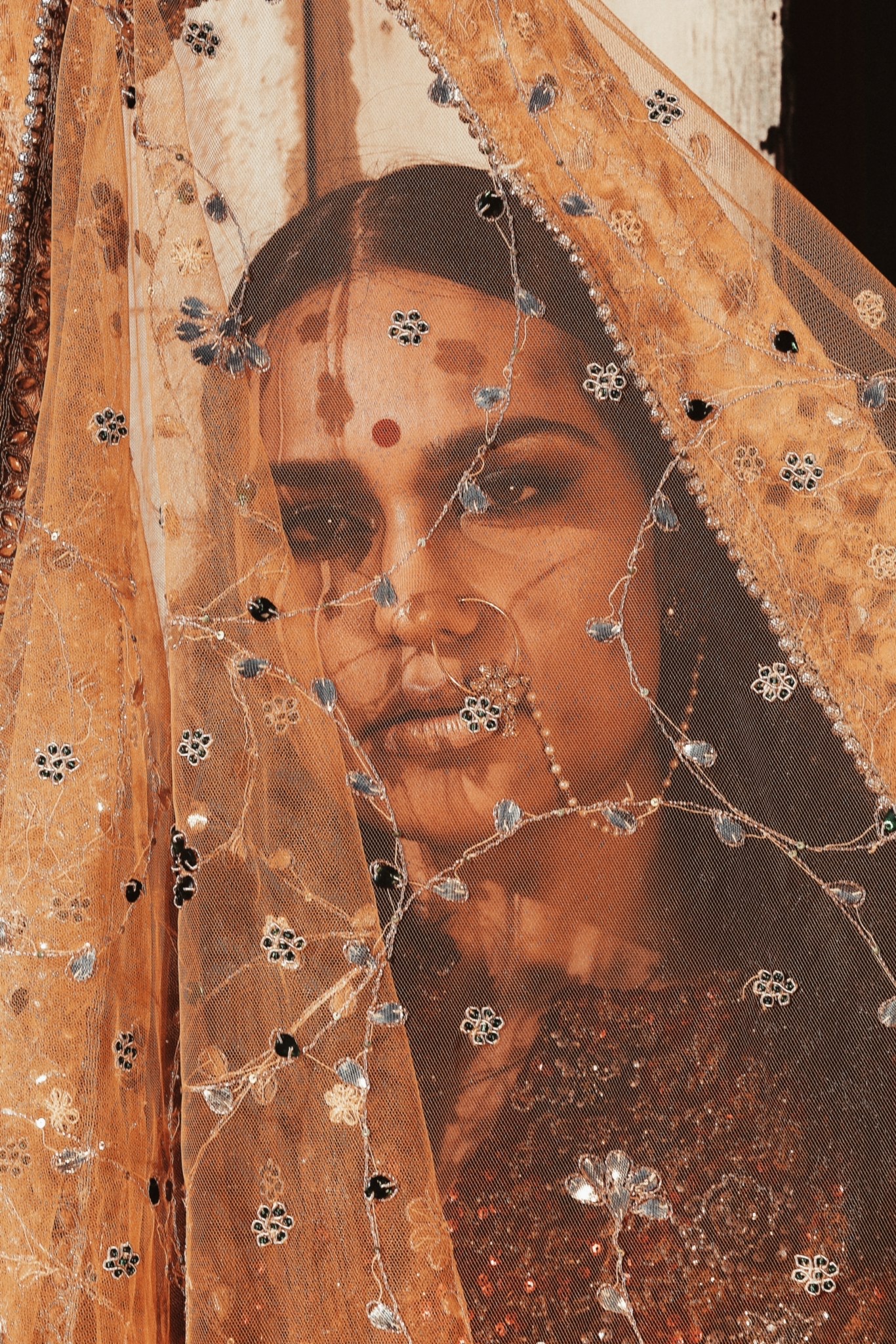 I have an identity crisis for sure. If I describe where I’m from geographically, it doesn’t make sense to anyone. I was born and raised in Hong Kong—in an Indian household—went to a British International school to study, where I was exposed to several different cultures whilst still juggling traditional Indian-Muslim values of my own home. Eventually, I ended up moving to the U.S. becoming even more westernized than I was growing up but still managing to maintain my cultural values. People always want to put me in a box when they meet me, so that they can understand me better but I don’t think there is one box that categorizes my whole identity. It’s not everyday that you stumble across a Muslim Indian girl who grew up on 50 Cent albums in Hong Kong. But the simplest way I could break it down to you is: My ethnicity is Indian, but it doesn’t make up 100% of my identity – hence ‘representing the unconventional Indian girl who doesn’t fit in a box.’ ‘Expat’ or ‘Global citizen’ would be the best word to describe me.” 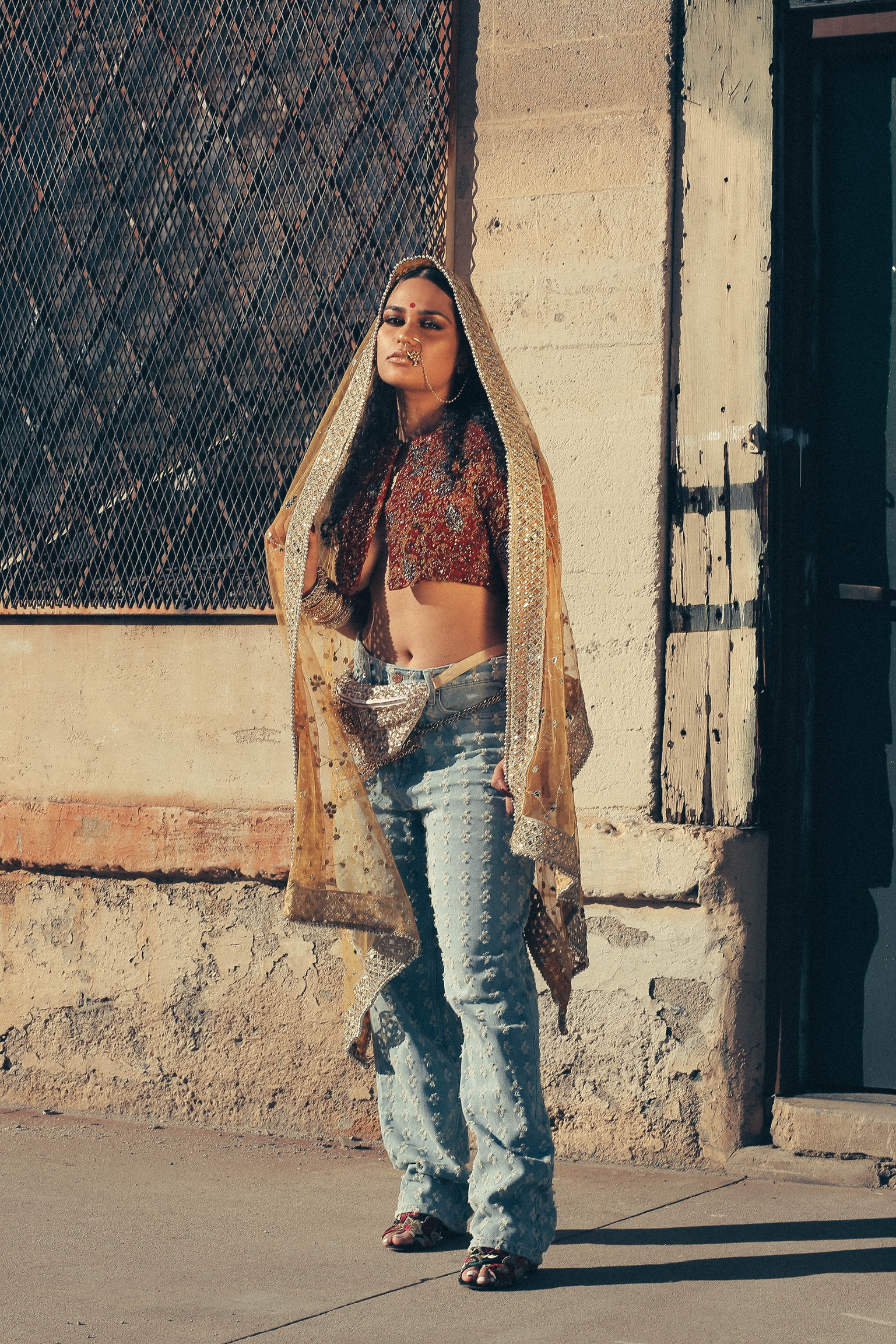 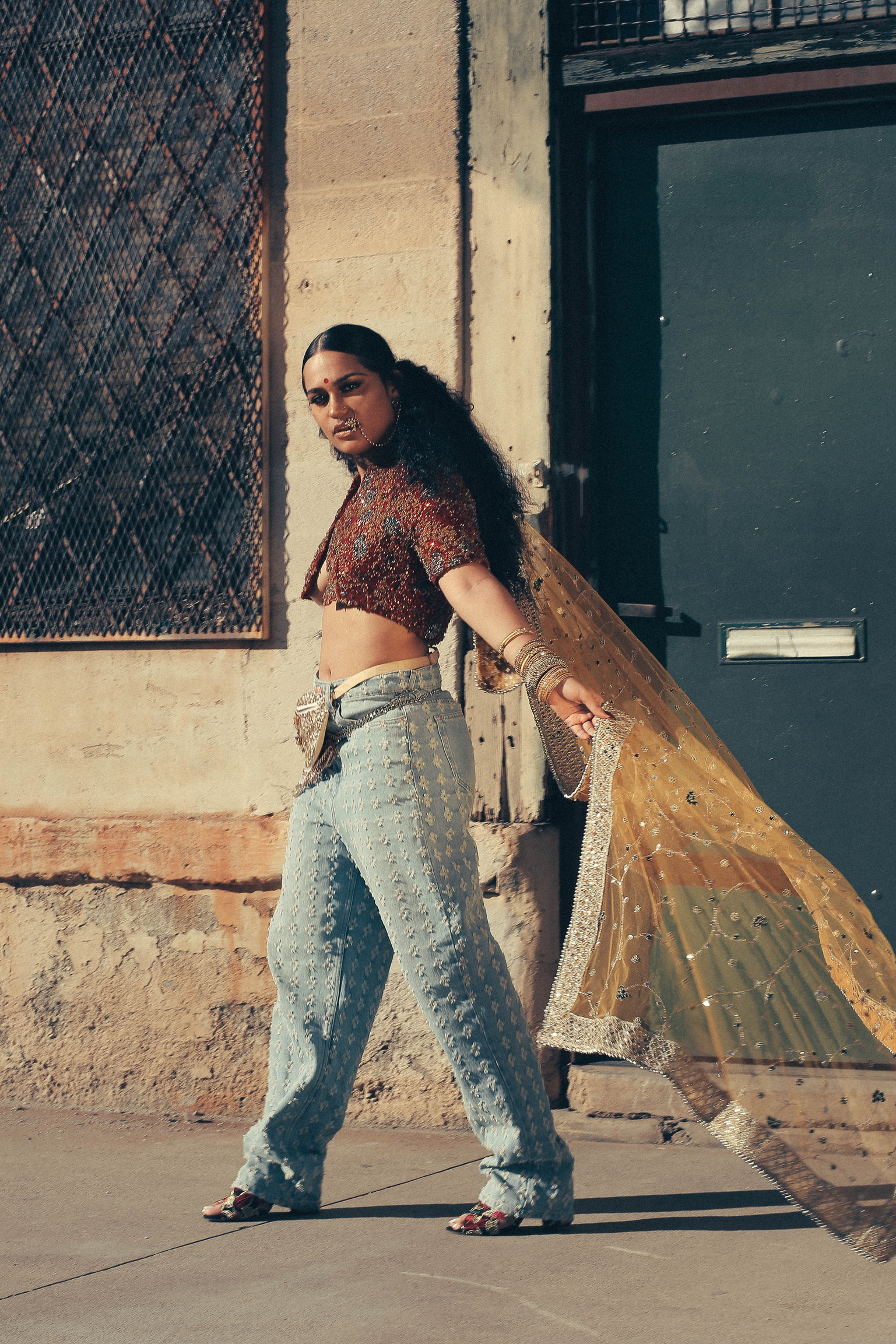 What is the highlight of your career so far?

The highlight so far has been the response. I love seeing young girls reach out to me with kind, supportive messages. The cultural identity struggle is real. I’m glad I can be someone they relate to or look up to, so they don’t feel alone. Everything else is really just gravy.

“The cultural identity struggle is real. I’m glad I can be someone they relate to or look up to, so they don’t feel alone.”

What is the 21st century Indian girl and how you do embody her?

The 21st century Indian girl is care free, bold and unapologetic. I embody her by being my true self; something I neglected when I was younger, when I wanted to fit in a box. I wanted to make everyone (including my parents) but myself happy. Now I really don’t give a fuck what anybody thinks about me. 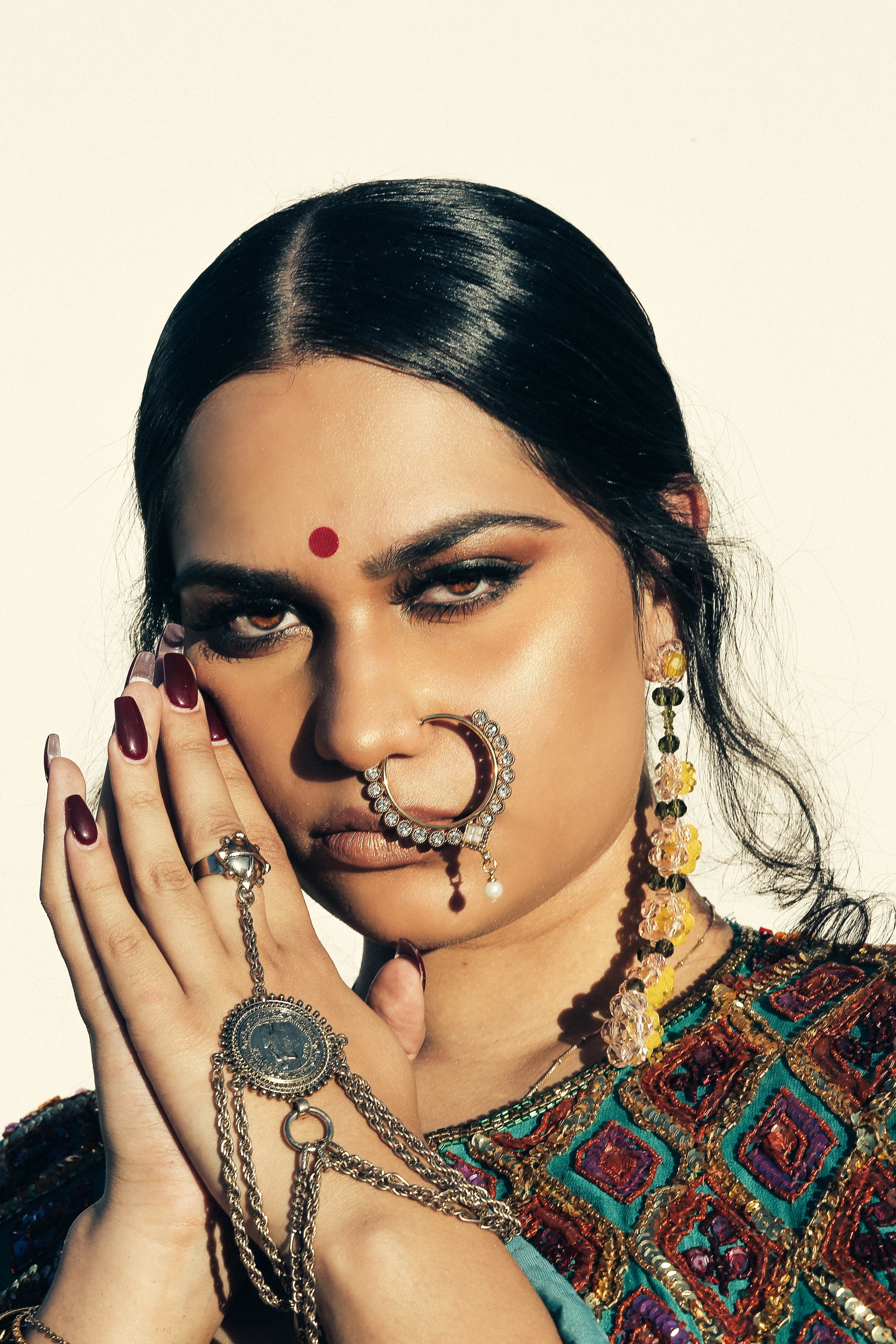 Social media can be an incubator for creativity and connectivity, but simultaneously harbors so much hate and violence. How do you see its impact on today’s young women?

There’s always a positive and a negative side to anything. Everybody wants their opinion heard, even anonymously. People just love to get a reaction out of people for likes and retweets, which can unfortunately lead to serious situations. People are obviously aware of the damages social media can cause, but cyberbullying and slut shaming aside, I’ve recently seen more positivity from young women and men on social media. I think the current state of the world with all this negative energy is actually molding social media into a positive space. I’m seeing women hype other women, calling each other queens, retweets asking to drop skin care routines. It’s magical.

What’s next for Biddy?

You’ll definitely be seeing more of me. Shoots, brands, a possible YouTube Channel. I’ll be exploring new things this year.

Your positive message for 2018?

Stay true to yourself, it’ll guide you to the right people and places. 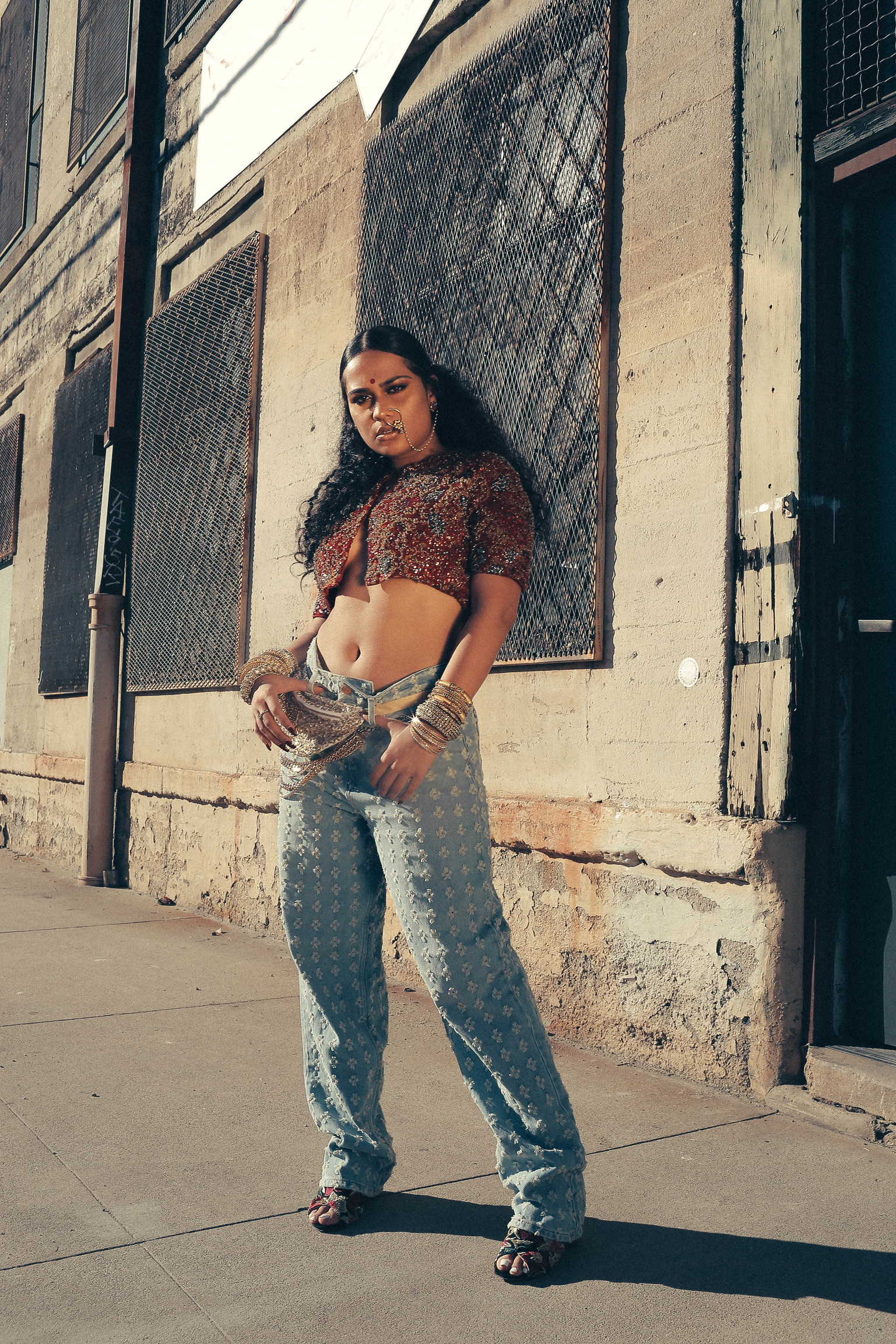