An Exploration of Old Hong Kong 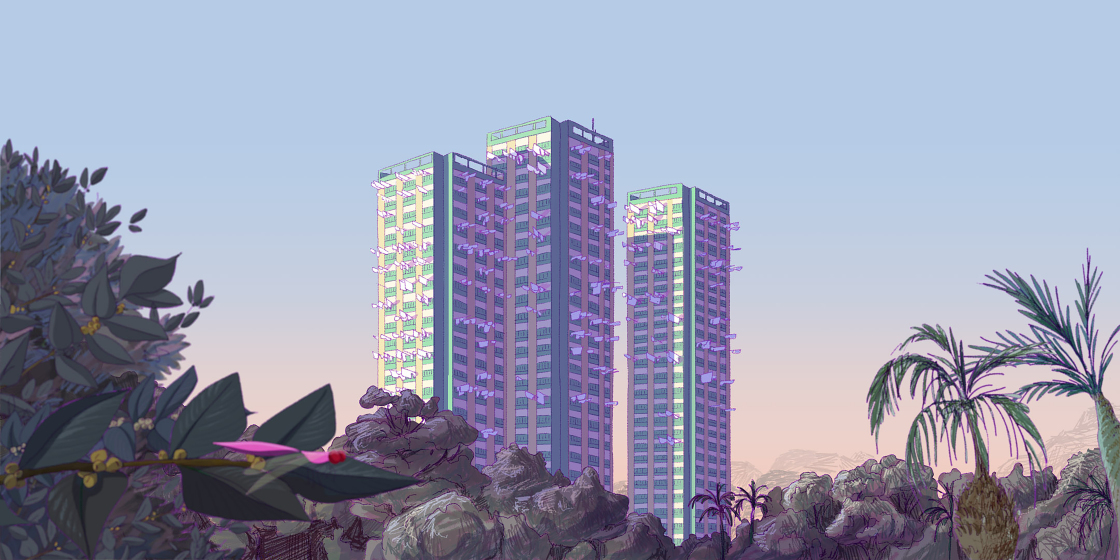 “Growing up as a child of immigrant parents was living at the intersection of two very different cultures.” Canadian-born animator Esther Cheung is the daughter of Chinese immigrants and first visited her parents’ native city of Hong Kong when she was ten years old. That trip paired with her first-generation upbringing has had a lasting impact and continues to shape and influence her art.

Ether’s atmospheric four-minute animation In Passing, which she conceptualized, animated and produced, propels viewers back to a noisy, humid Hong Kong in 1976 all while paying homage to her parents’ birthplace and her own cultural heritage. In preparation for the project, she interviewed her parents along with other relatives and spent five months in Hong Kong to capture the essence of her family’s history. The short film has already won various awards and is in the running for more.

Below, Esther shares how she became interested in animation, what it was like growing up as a first generation Canadian and what her cultural identity and heritage means to her.

Give us a little overview of what you do and how you started in animation.

I draw a ton on the daily and currently at a studio, all the while, working on and incubating a variety of personal side projects and freelance work in my down time. Drawing was something I always did growing up. I am super blessed to have parents that put me in an art class really early on. I started getting into animation in college. It seemed like the logical program to choose with my skills and interests. I have my friends and family to thank for guiding me in that direction.

Talk to us about your experience growing up as the child of immigrant parents?

Growing up as a child of immigrant parents was living at the intersection of two very different cultures. Looking back, you are taught to be a unique individual and find your own path in school, whereas at home you are expected to uphold your responsibilities as part of the family, which often means taking a path that is proven successful. I now know that it’s the differences between a collective and an individualist culture, and the blatant differences between ‘east’ and ‘west.’ I think the combined way of thinking allowed me to pursue animation and art because I had the marketable skill of drawing – if I tackled it at the right angle.

Tell us about your latest project, In Passing. What was it like bringing the animation to life? How has is been received?

The creation of the film was an act of cultural preservation – documenting and exploring my own cultural heritage and lineage. Growing up as a Canadian and being integrated in Canadian society meant that I was losing my mother tongue, as well as many parts of my parents’ culture that wasn’t being passed down and translated. In Passing was an amazing experience to make. I have my friends, family, composer and sound designer to thank for helping make the film what it is! As my first solo short, I am amazed and massively thankful for the attention that it has been receiving. It has been part of a few festivals and it was chosen to be a part of It’s Nice That’s The Graduates program. Hopefully there will be more screenings to come!

What do you hope people take away from In Passing?

Hong Kong has a very unique culture which emerged out of British colonial rule, and proud Chinese tradition. In a mere century, Hong Kong has created an identity for itself that has adopted Chinese ingenuity and British individualism. It is a hub for business and a clash of fresh progress in an aged city. Having tasted liberalism in a fleeting moment in history, Hong Kong is quickly changing and evolving – being led by the thirst for democracy. And so, as we usher in a new era of Hong Kong with the uncertain present, we cease to remember the brief window in time when British and Chinese cultures coexisted in relative peace.

I cannot predict or know what viewers will take away from the film. But I hope to remember a moment in time, by stitching together the stories that my parents remember of their youths.

What’s next for Esther?

I hope to make another film! I took a small hiatus while pushing In Passing into the world. I am still babysitting the film as it makes its festival rounds. However, I am back at developing some new ideas. I am really stuck on the idea of nonfiction animation and would love to create something in that realm.