It’s about building and cultivating community. 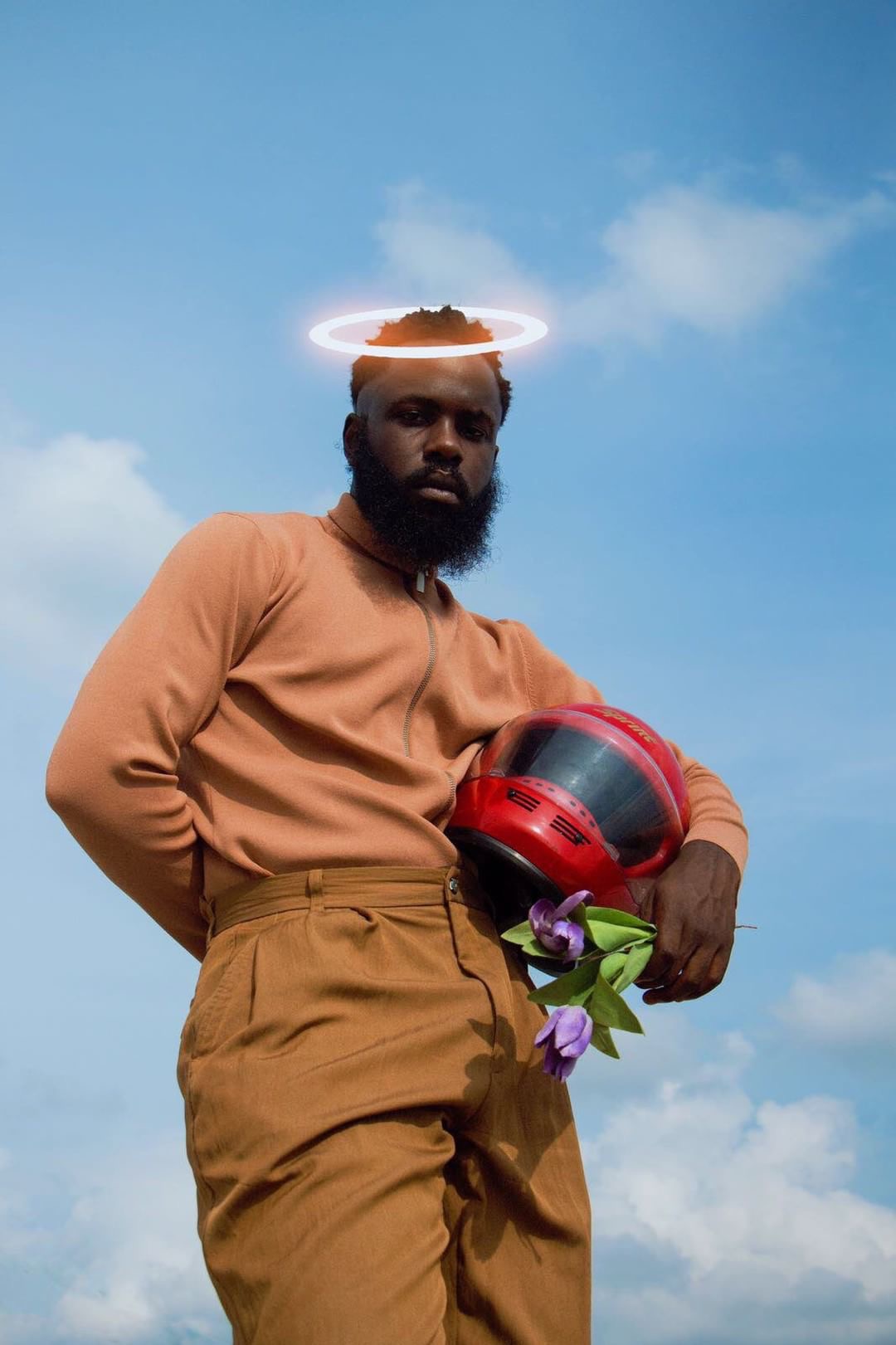 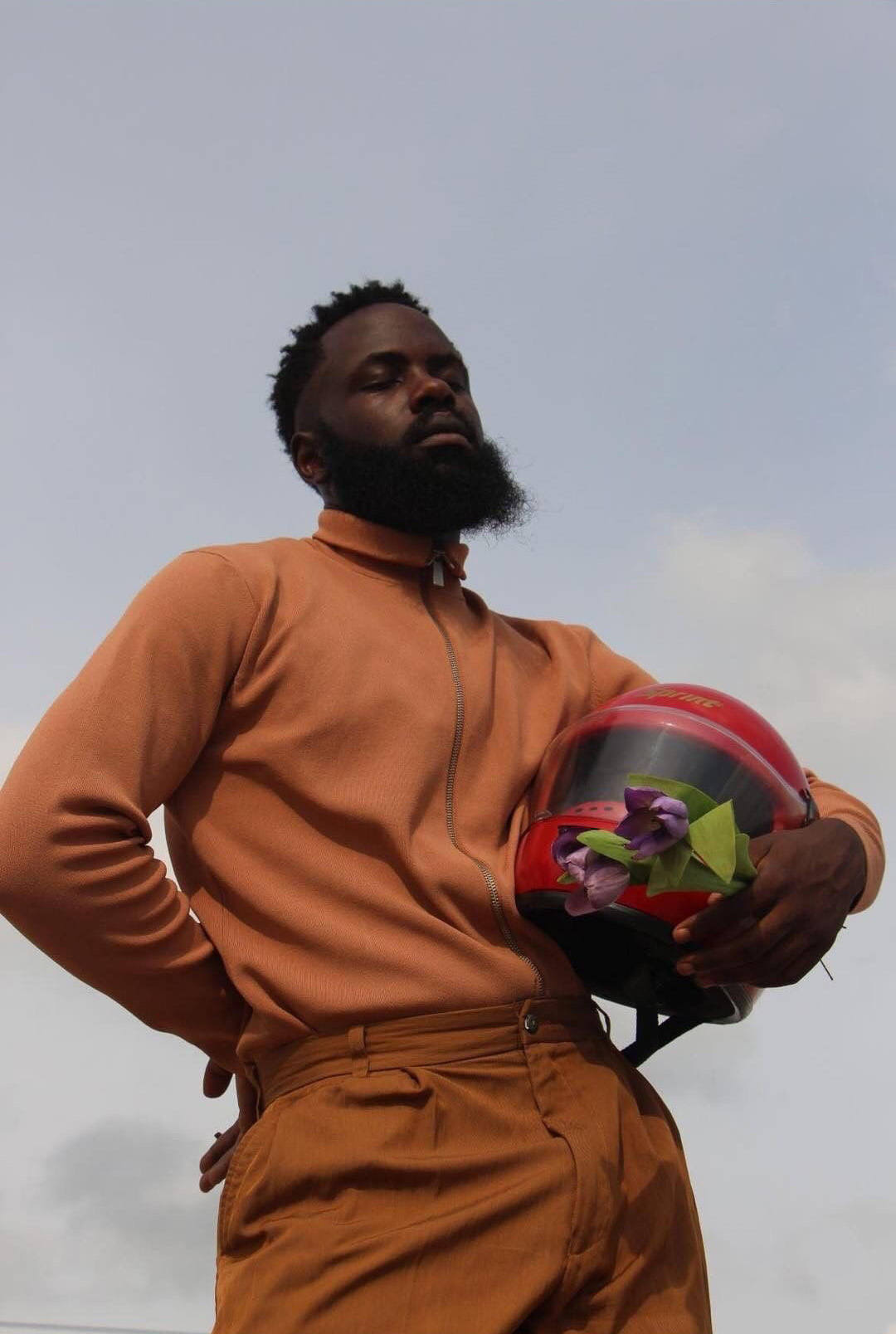 The creative industry has some work to do when it comes to building welcoming, inclusive spaces for people of diverse backgrounds. Despite this, there’s a numerous amount of people of color working at the intersection of art, design and fashion who are building and cultivating their own thriving communities.

M&V Couture is doing just that. Comprised of Valentino Emwin and Mike Amofah, M&V Couture focuses on a digital storytelling through our everyday surrounding and environment focalizing on menswear designs and artistic expression. We grabbed a moment with Valentino to talk about identity, Instagram and life as a black creative.

Tell us about yourself. Where did you grow up?

I was born and raised in Europe, specifically Naples, Italy. My parents are from West Africa, Nigeria. I’m considered like this first generation born immigrant in Italy. That’s quite crazy to hear that in this millennium, you’re first born immigrant, especially African immigrant in Italy. They just started experiencing a bit of a boom of immigrants coming to Italy. I’m considered one of the first born Italians, black-Italians I would say. I moved to the US roughly seven years ago. Trying to change the whole diversity, change the culture, see what’s out here opportunity-wise [and see] why everyone comes to the US.

That wave came and got into my head, if I really wanted become somebody, I don’t think I [can] become somebody in Italy, because racism is everywhere. They’re still finding a hard time to accept black people. Even though I was very well accepted around my community, [it’s because] I was playing soccer, I was really good at it. I was a popular kid and I played soccer with white people. When it came to the soccer field, it was very diverse because there was a lot of people from different countries playing this sport. That was the way I connected with different people, but on a daily basis I was always around white people and I was the only black person in [my] school.

I was [always] like, “I can’t live like this, I want to see more of my kind. I want to see what’s going on outside of Italy.” Then I had a talk with my dad. I was like, “Hey, it’s my junior year,” and when you go to a grammar school your junior year of high school is more of like a year that you can take to study abroad like you do for college in America. Then I came and from there that started my journey in America.

My first day of school was a cultural shock. So many black kids everywhere, black professors. It was just crazy. I moved to Minnesota and I’m still staying in Minnesota. I didn’t know what Minnesota was. All I knew was I’m going to United States. At first the school was crazy. I was like “Wow, so many different people, God.” It was fun. I was just amazed from going to a school that was all white people and I was the kid that stuck out every time like, “Hey, that’s the black kid.

Going to a school [where] you don’t stick out, we’re all black here, they’re all Asians, they’re all white. This is everybody.” There’s everyone for everybody there. I really took that to the heart and I loved it.

There’s black people everywhere and I’m tired of everyone asking me, “We don’t believe you, we think you’re African.” I’m like, “Yes, I’m African, my parents are Africans, we are all Africans if you really want to get down to this.” I had a professor tell me, “I never meant to be rude or anything.” I was like, “To be honest it’s getting rude because everybody keeps asking me the same thing and it’s annoying for me to always try to prove my identity and I don’t think I should be proving identity.” He was amazed for a guy just speaking English to him and just pulling feet to the ground and telling him how it feels.

“To be honest it’s getting rude because everybody keeps asking me the same thing and it’s annoying for me to always try to prove my identity and I don’t think I should be proving identity.”

From there he became my counselor, he was my mentor throughout my whole high school career. He wrote great recommendation letters for me to the point [where] he had a special speech for me during graduation. He was amazing. My high school experience was really dope. If I can go back I would try to relive it again because that built the foundation for me. That even contributed in my whole artistic view and everything because it was just like, I owe these fans. 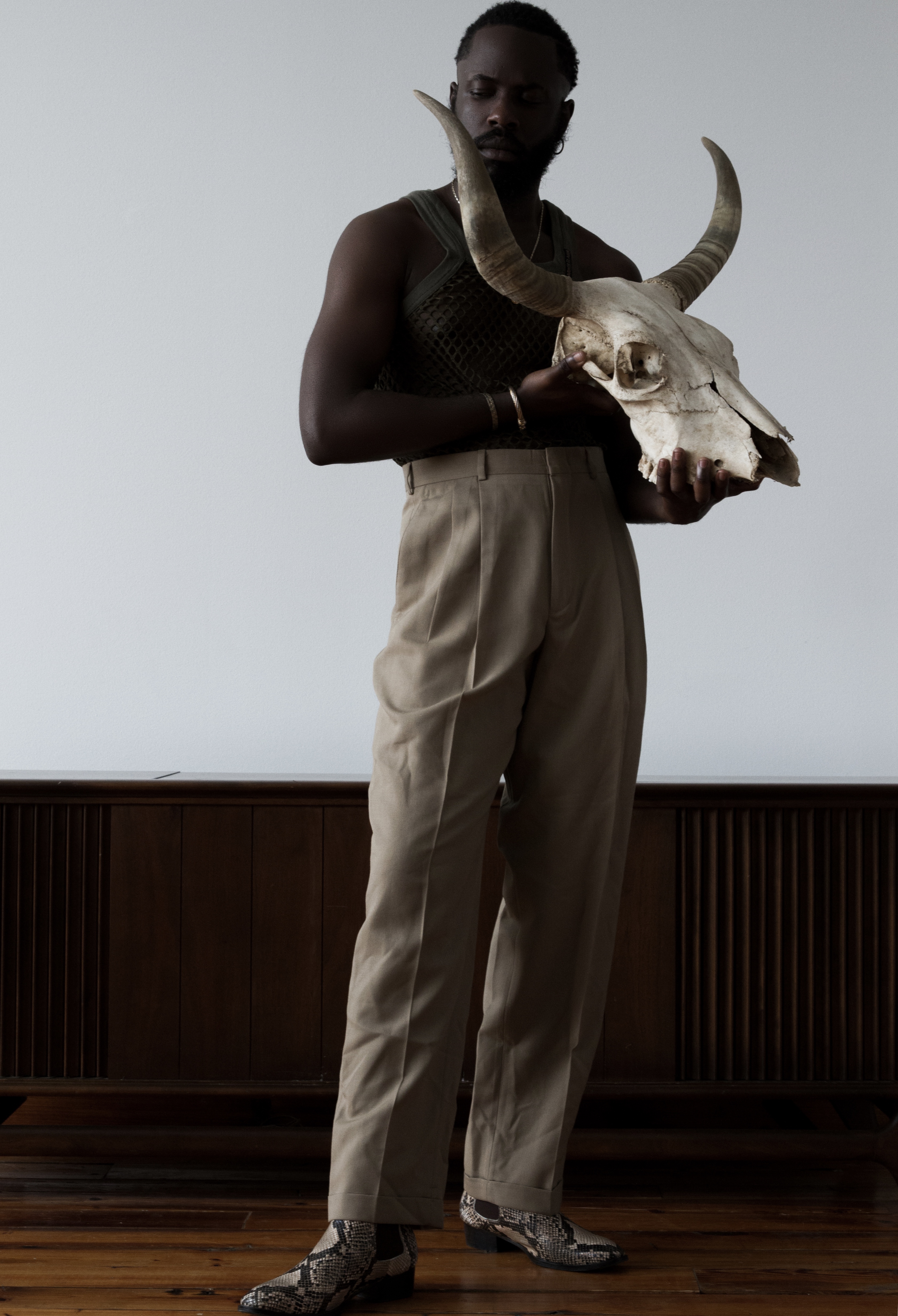 That’s amazing. Tell us about life after high school.

I went to college in Wisconsin and studied International Business. I played soccer in college. I played soccer there and everything and graduated. That’s it. Then after that I was just like, “I want to invest in myself, I want to bring my talents out. I’m not just a soccer player. I’m not just a student.” I was now more into full time studying arts for myself. Creating concepts, writing down concepts, starting to approach art in a very deeper level, not just like, “That’s a cute picture. That’s cute.” No. More of like, “I want to be the one creating them, I want to be this, I want to do this, I want to do that.” That’s when I met my partner Mike.

Me and Mike we stayed two different cities. He went to a different college. Basically, me and Mike never met each other. How we met was through Instagram and I will tell you I love social media.

Ok, now you have to tell us, what do you think is the benefit of social media? How do you use it?

Everything in life is good and bad, social media’s good and bad. I’m a big advocate for social media, I’ve never had anything bad through social media. First for example, Instagram connects you to a thousand, million people all around the world literally. You can have somebody in Madagascar liking your picture and then you are in Washington DC. You’re not in Madagascar personally but your face is there through Instagram. You don’t know who’s in Madagascar. It could be a—I don’t know it could be anybody but you are all over the world by just posting a picture. Anybody can see. It’s becoming bigger and bigger platform for a lot of artists who conduct their daily business on Instagram, they don’t have it anywhere else but they’re on Instagram.

Instagram is their portfolio, Instagram is their business card, “Can I see your IG” through your IG technically somebody can just have a full description of you. “Yes, I like his aesthetic, yes, he’s dope, yes, you know how to dress, yes she’s cool, she’s pretty.” Through your Instagram, you can just have a whole full blown description of you. I just think it’s amazing, you don’t even need to leave where you are and your picture is just traveling, your tweets are just traveling all over the world, your status is just going all over the world, your snap is going all over the world.

I find it very interesting. One of my good friend in Nigeria, he was randomly on my page and somebody’s like, “How do you know him?” he’s like, “Oh, that’s my good friend” and he was like “No, that’s not your friend, he looks too famous to be your friend.” He was like no, “That’s my buddy, we literally talk everyday, we hang out anytime he comes to Nigeria, look at the pictures of us”. “Wow that’s crazy”. He was like, “We met through Instagram.” You got to use it through the right way. There are people that will use for the wrong way but such is life.

*This interview has been condensed for clarity